Varieties of asparagus and properties 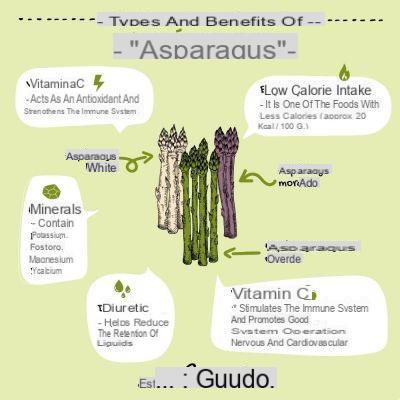 Since ancient times considered a "Ancient fruit", the plant that has bothered many characters in history: from Julius Caesar, who described its planting techniques, to the Greek philosopher Teostrafo who praised its velvety flavor.

Asparagus is an ancient crop that comes from Asia, imported by the Egyptians who spread it in the Mediterranean.

The root is regarded as one of the best remedies in the Ayurvedic medicine for the treatment of nervous disorders, infections of the oral cavity and bronchitis, but also for pain in the liver and for heart patients.

They are known beyond 300 varieties of asparagus, but only a small part of these are edible. The varieties are collected in three main groups:

> The other, which grows completely underground, and which is now grown in Veneto, Friuli and Northern Europe, is that White, with a delicate taste and which owes its color to the absence of light in which it grows.


> Another less common type of asparagus are "violets of Albenga”, Typical in the area of ​​origin, with dark tips and a color that varies between pale pink and violet, with a soft stem and a very sweet taste.

The variety with the most properties is the"wild" asparagus, called Vartirese, the name by which it is known in the Piacenza area. These areas abound in this perennial plant, with a tender bud, rich flavoring properties and which grows along hedges and uncultivated banks.

If you have time and desire, dedicate a few afternoons to their research: the flavor is characterized by a bitter hint, really tasty, and adds character to soups, soups, risottos and omelettes.

In recent years some varieties of asparagus have also obtained recognitions such as DOP or IGP brands: Bianco di Bassano PDO, Bianco di Cimadolmo PGI, White and Green di Badoere PGI; these are joined by other valuable varieties such as Verde di Altedo and Violetto di Albenga.

La spring it is the correct season for their consumption, since they are fresh: beyond the negative aspects on the nutritional heritage, choosing them frozen or in a jar does not do justice to their delicate flavor!

Getting fat by eating asparagus is really difficult: 100 g of the vegetable barely provide 20 kcal, essentially due to the relatively high content, for a vegetable, of carbohydrates: about 4 g of which 2 g fructose, 1/2 g glucose and a quarter of a gram sucrose.


Sugars are present, usually, in the younger specimens and are consumed for the growth of the sprout even after harvesting. The use of sugars is so rapid that cut asparagus loses flavor very quickly, especially in the first 24 hours and especially if exposed to light and heat.

Asparagus is a concentrate of micronutrients and brings numerous benefits for our health. They are indeed excellent fiber source, folate (eating 100 g of asparagus takes about 75% of the necessary daily amount of folic acid), vitamins A, C, E and K, but also chromium which activates insulin in transporting glucose from the blood to the cells, very useful property for diabetics.

Chromium also intervenes in the metabolism of fats and together with the phytates present in asparagus can contribute to lower cholesterol.

They are richer in fiber than other vegetables and can therefore clean the intestines improving their motility but above all, during low-calorie diets, increasing the sense of satiety.

The proteins are about 2 g, with a high content of the amino acid asparagine; it is a non-essential amino acid that participates in the urea cycle (a process that eliminates the nitrogenous residues of amino acid catabolism) and gives the urine that typical pungent odor (due to metantiol) whose appearance is, however, an indication of excellent renal function. Prolonged boiling would take us away from this inconvenience.

Be careful though! Asparagus is not suitable for everyone: some individuals are allergic to it and must therefore strictly avoid them. The same precaution must be taken by people with systemic nickel allergy.

Furthermore, their diuretic effect can be harmful in case of cystitis, rheumatism, prostatitis, kidney stones and nephropathies: also in this case they should be avoided.

People with gout or other disorders related to excess should also avoid them uric acids: asparagus are in fact rich in purines, molecules that must be strongly reduced in the recommended diet for these pathologies.

Asparagus in the kitchen

First of all, to be sure of the freshness of this vegetable let's look at the tops, which must be closed and compact.

The best asparagus should be tough and crack when you try to fold them: check the asparagus in the center of the bunch, the point from which any rottenness usually begins.

When choosing asparagus, look for sprouts of similar size, for even cooking, firm but with flexible stems, bright in color, free of spots. Discard yellowish stems, soft or with flowering tips.

Asparagus tends to harden due toaccumulation of lignin, accumulation such as to make the vegetable inedible. To understand which portion of the stem is excessively lignified, it is enough to bend it to find the transition zone between the tender part and the hardened area, which can be cut away and used to prepare purees, velvets or soups.

Asparagus is not difficult to cook! They adapt very well to the kitchens of non-experts and those who always have little time for the stove: they are indeed quick to clean and wash as you just need to remove the hardest bottom.

Tip for avoid waste: we do not completely eliminate the bottom, but peel it with a small knife or a potato peeler; the hard part is just outside, while the inside is as delicious as the rest!

Finally, these vegetables they cannot stand cooking that is too long which can lead to loss of color, flavor and valuable nutrients. Good boiling but even better steam cooking, especially if you use a 'asparagera, a special tall and narrow casserole in which the asparagus are placed vertically in a basket immersed in boiling water.

The stems, in contact with the water, will be boiled, while the more delicate tips will be steamed. Cooking can be stopped by immersing the asparagus briefly in cold water. Microwave cooking is also good.

Serve them with a drizzle of extra virgin olive oil good quality and that's it!

add a comment of Varieties of asparagus and properties