Unwanted ideas: 5 tricks to eliminate them 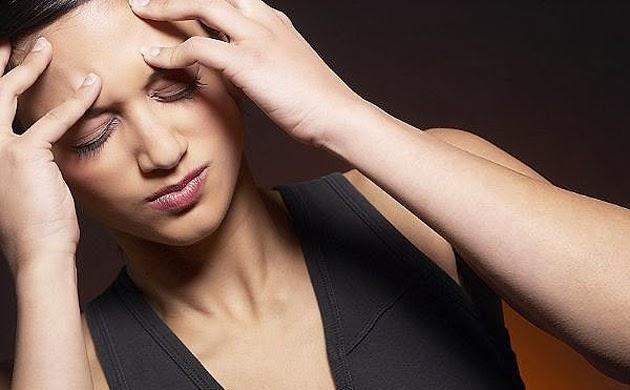 I would venture to swear that there is no person in the world
that at least on one occasion she has not been assailed by thoughts e unwanted ideas, those ideas that
they spin over and over again in our minds and from which they don't
we manage to free ourselves. However, all is not lost, a few tricks exist for
defend yourself from these ruminative thoughts,
as they are defined in the scientific field.

1.
Focused distraction. Popular wisdom teaches us that a
nail drives out the other. And although this maxim does not apply to relationships
interpersonal, however, it is perfect for eliminating unwanted thoughts. Either way, you shouldn't let your mind wander to
looking for other ideas to focus on because you probably do
would return to the starting point. Instead, it's best to look for an enjoyable activity
and dedicate ourselves to this. Of course, it better not be something automatic
because in this way the thought will be free to go wherever it wants. It can
reading, watching television, meeting with a group of friends ... 2.
Consciously putting off the unwanted idea. La
our mind is very clever and tends to play tricks on us. In the laboratory, yes
a very interesting experiment is carried out in which two have been created
volunteer groups: one was asked to avoid thinking of one
certain idea while to the other to postpone the idea for 30 minutes. The first group, who were asked to crack down on the idea,
not only was it unsuccessful but it got the unwanted thought back with
greater arrogance. Conversely, the second group managed to stop
think about the idea that had been proposed to him, at least during the thirty minutes
established. 3.
Avoid Stress. In the popular imagination there is one
logical but wrong belief. It is believed that by subjecting yourself to situations
stressful, such as working a lot or engaging in projects that occupy us
intensely mentally, it will cause our mind to forget ideas
unwanted. In fact, this technique can take effect for a period but the
cost to health is very high. It has been shown that ruminative thoughts tend to
appear during stress, even when what is causing the stress is not
directly related to the unwanted idea. For example, we are stressed
because we have to deliver a work project and recurring ideas assail us
related to the need to move house. So, the best way to
fighting ruminative thinking is to avoid stress. 4. Meditate. In
Previous articles I have referred to the benefits of meditation
brain level and the benefits of meditation
Zen. Well, meditation is indeed an excellent tool to eliminate
ruminative thoughts as it helps us to exercise greater control over
our attention. That is, we learn to master our ideas and to focus
on those that are truly beneficial and positive. 5.
Accept the idea. Ruminative and unwanted thoughts tend
to arise from a latent worry, fear or situation
conflict that we must resolve. The curious side is given by the fact that, at the
same way as a rebellious teenager, the more we struggle against the idea, the stronger
this will become. For this reason, a good strategy is to accept the idea, to reflect
on its causes and consequences and, when possible, make a plan for
eliminate the cause of concern.
Uncomfortable ideas: how the mind fights them ❯

add a comment of Unwanted ideas: 5 tricks to eliminate them