Unknown relatives of the lychee 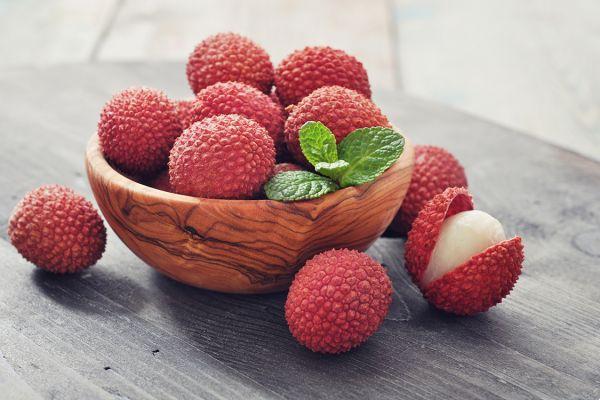 Lychee is the tropical fruit of Chinese origin perhaps best known and usually ends up in our trolley from the exotic fruit stalls of supermarkets and villages during the Christmas period or more generally in the winter.

It is also possible to find lychee flavored canned drinks, with a flavor that looks like a more intense version of rose water, but also spirits like lychee wine and liquid, a spirits with a lychee and guava flavor.

It is a fruit rich in vitamin C, low in minerals, with a translucent pulp rich in juice and a hard seed rich in toxic substances for man.

The lychee, recognizable by its pinkish-red skin which looks like an eggshell, is the only member of the Litchi Family, calling itself Litchi chinensis (Chinese lychee), but if we take a step upstream and explore the genus it belongs to, the Sapindaceae, we can discover among its "cousins" other very interesting and less famous fruits which is worth getting to know if you are passionate about tasty fruit.

The rambutan definitely is the more famous cousin of the lychee, both for its appearance that remains impressed, and for its relatively easy availability in our markets, often coming from Sri Laka and Thailand rather than China.


The appearance of the rambutan is peculiar, fiery red, with a less crunchy skin than that of the lychee and covered with a sort of curly down. There are an incredible amount of varieties of rambutan, some yellow, some very large, but in general it has a more intense flavor than that of lychee, a better pulp-seed ratio, but greater difficulties in transport and storage: too many changes in temperature easily compromise its freshness.

Therefore, it would be better avoid brown-spotted rambutans. It is not rich in vitamin C like lychee, on the other hand it is a good source of vitamin B3 and manganese, of various phenolic and cinnamic acids.

In second place among the less famous cousins ​​of the lychee is the longan, which in Cantonese means dragon's eye. It is found in China and Indochina, rarely in Europe.

It is smaller than the lychee, with a finer, smoother and light brown skin. The pulp is greyish with a sweet taste that vaguely recalls the aroma of mushrooms.

It is used in many sweet and sour dishes and in many desserts in Asia (especially in syrup), but also in various traditional medicines. It has a good percentage of protein for being a fruit, it is extremely rich in vitamin C and is a good source of riboflavin.

Leaving the Asian continent to land in the South American one we find the pitomba, Talisia esculenta, completely similar to longan but with pink flesh and a more tropical flavor. In Brazil, Colombia, Central America and Florida, it can be found on the beaches, fresh or in the form of juice.

Caribbean relative of the lychee with an all-Hispanic name, the mamoncillo is spherical, with a rigid bright green skin and orange pulp. It has an infinity of local names, which depend on the country of production, and it is a sort of cross between a lychee and a citrus fruit, especially lime. Like lime it is sour, with a lot of fiber in the pulp, rich in phosphorus and vitamin C.

Much less known is pulsan, which we can find by returning to the lychee's homeland, China, where it is considered a traditional, cultural and even ritual food.

Red like rambutan, it looks like our strawberry tree. Behind the thick peel we find a yellowish pulp, much sweeter than rambutan, with a single light colored seed.

Even rarer is the korlan: Nephelium hypoleucum, very similar to the lychee but oblong in shape. The flavor is intermediate between that of lychee and that of rambutan and is used in local medicine to lower stress, aid digestion, regulate blood sugars.

Typical of Malaysia, the alupang is a sort of grail for fruit hunters all over the world. Very rare, often still in the wild, the alupang has a military green skin, with mammillary protuberances.

It is considered among all of these the fruit with the best flavor ever.

Audio Video Unknown relatives of the lychee
Foods for weight loss: what they are and when to take them ❯

add a comment of Unknown relatives of the lychee