La turnip is the large and fleshy root of the Brassica rapa L. plant, belonging to the brassicaceae family. Rich in vitamins C, B and folic acid, it is useful for her detoxifying and antioxidant properties. Let's find out better.

> 1. Properties of the turnip

> 3. Description of the plant and variety

> 4. Curiosities about the turnip 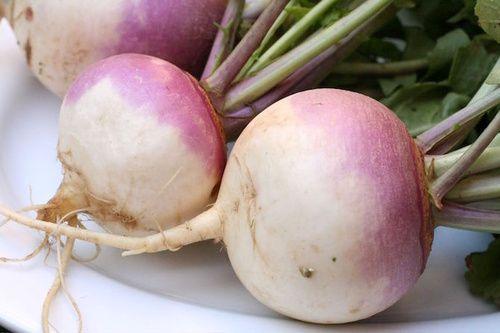 Properties of the turnip

Turnips, belonging to the Cruciferae or Brassicaceae family (which also includes other vegetables such as cauliflower, Brussels sprouts, cabbage, broccoli, mustard, rocket, radish, horseradish, etc.), are foods rich in vitamins, in particular of vitamin A and β-carotene, vitamin C, vitamins of group B and folic acid. In particular, as far as vitamin C is concerned, it seems that they contain much more than oranges.

They are also rich in mineral salts such as phosphorus, calcium (crucifers are the main source of vegetable origin), iron useful in anemia and potassium useful in controlling blood pressure.

The edible part is the root which, growing underground, directly absorbs the iodine and nitrogen of the soil and therefore, while retaining the therapeutic-nutritional indications of the other members of the family, is contraindicated in subjects with heart and / or kidney problems due to large electrolytic load.

They are rich in chlorophyll which helps the production of hemoglobin by counteracting anemia, mucilages and fibers useful in the intestine in inflammations e phytonutrients details that are not present in any other food such as phenolic compounds called thiocyanates which have been attributed antitumor properties (breast, lung and stomach cancer).


Studies have shown the effectiveness of these molecules in the counteract the proliferation and spread of cancer cells.

100 gr of turnips have about 90% water, while the rest is divided between carbohydrates, proteins and mineral salts for this reason, they are low-calorie foods (about 20 Kcal per 100g) and therefore suitable for all those who want to follow a correct lifestyle.

Not containing gluten they are suitable for feeding patients suffering from celiac disease.

Turnips have always been known for therapeutic properties, a statement that was considered valid until the beginning of the last century, when doctors still prescribed turnip as a very effective medicine.

Among the various properties of the turnip we find:

However, it must be remembered that thiocyanates however also have secondary negative effects since if consumed in excess and for long periods they can slow down the metabolism since inhibit the secretion of thyroid hormone thyroxine and bind to iodine making it less available. They can also increase abdominal swelling and lead to diarrhea and flatulence in predisposed individuals.

Peanuts are also foods that fight hyperthyroidism. Discover the others 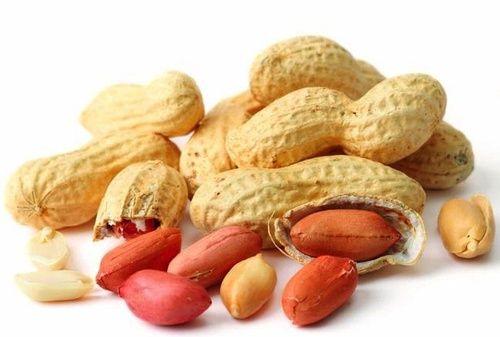 Description of the plants and varieties


With its large and fleshy root, cylindrical-conical or flattened spherical shape, with white or purple skin, and white or yellow pulp, turnips have been for millennia one of the sources of survival for man farmers already in the time of the Greeks and of the Romans, since, since it could be kept until the next harvest, it allowed the accumulation of stocks for the months when the land did not produce much.

Both the fleshy root and the leaves of this type of vegetable, which is consumed mainly in winter, are used and in some regions it is also used for feeding livestock.

Countless varieties of turnip are grown, among the best known are:

Curiosities about the turnip

The turnip is widely used in human nutrition in the Nordic countries while in the southern and insular country it is rarely used or even unknown although it represents the protagonist of a very widespread preserve, the gardener.

It is the main ingredient of several traditional recipes, including brovada, a Friulian dish that is obtained by macerating turnips in pomace and cooking them in a pan, but is also used to prepare soups, soups and risottos.

It can also be boiled and eaten in salads, baked au gratin or fried after being thinly sliced, fried in boiling oil and added melted butter and sugar.

READ MORE
The properties and benefits of beetroot: beetroot

Other articles on turnips: