Transparency is an illusion 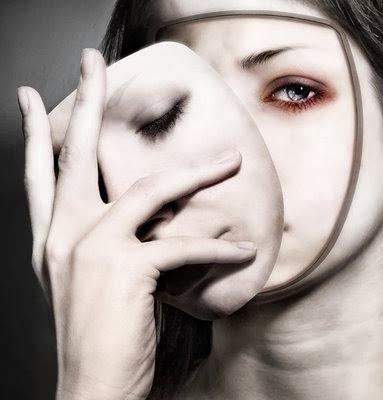 Most people avoid
speaking in public and the very idea of ​​having to do so causes them anxiety. A
of the reasons for this fear depends on the fact that we are afraid of making mistakes,
of not being up to it and, above all, we think that others might
scrutinize our expressions and identify what we really feel.

This last aspect is known in
Psychology such as: "illusion of
transparency”, And it does not only apply to public speaking but also to conversations
more intimate. For example, how many times have you felt so sad that you have
thought about giving up going out with friends but then you changed your mind, you are
went out and they didn't notice anything? You will surely have some
times. It happens because we assume that others are able to detect
our ideas and the emotions we feel. However, the reality is quite different; Not
we are exactly an open book. A study was carried out in 2003
very interesting in which a group of people was asked to make a short
public speech and later to gauge how nervous they believed the
public had considered them. Later, who was part of it was asked
of the audience to assess the level of nervousness they perceived in the speaker.
The result left no doubt: people overestimated perception
of the others. As if to say, the public perceived them with a more attitude
quiet and relaxed than what they themselves believed to project. Before this experiment, in 1999,
another very interesting study was carried out. In this
case it was about getting people to evaluate what they would be like
were perceived by others as they lied, while drinking a drink
unpleasant or concerned about a particular event. In each of
these cases people believed that their emotions were much more
evident of what those who observed them recognized. At this point you will probably be there
asking why you need to know this phenomenon. The answer is a lot
simple: if you know that others perceive a much less image of you
distressed, less nervous or stressed, this can help you eliminate anxiety and, over time, not
only you will be able to convey a more serene image but you will feel even more
comfortable and relaxed. A nice way to test
this phenomenon is to hum the rhythm of a song to a friend
to see if this guesses which song it is. If you don't have any
musical skills, you will be surprised to see that your friend will fail to
determine what song it is, even if you think you have it
reproduced to perfection. The good news is that you are not alone.
In 1990 another similar experiment was reproduced and it was found that the
people only found out which song it was about in 3% of cases, albeit
it was very well known songs such as the classic birthday song
"happy Birthday to You." This little experiment proves us
how what may seem obvious to us may not be obvious to others.
Surely, the same will have happened to you by sending mail messages
electronics. Sometimes we think that what we have written is very clear and there
it is surprising to receive questions about the content of the message.
The toxic triad of unhappy people ❯