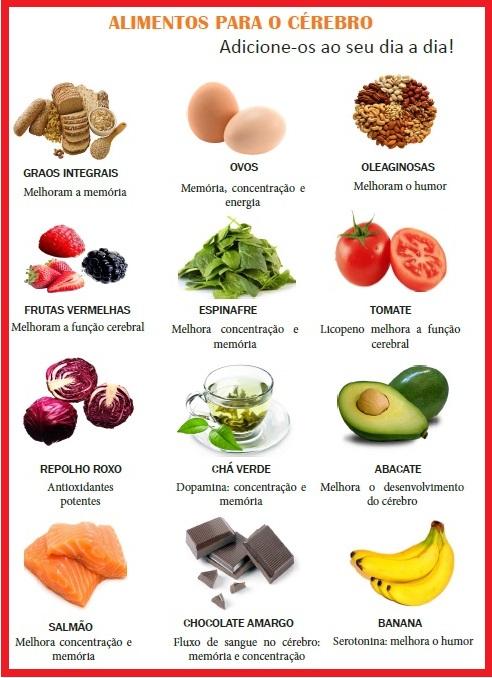 The body is an extremely complex biochemical machine, as much as the universe in which it lives, and the concept of health corresponds to the proper functioning of each of its parts.

The human brain is one of the most complicated organs that they can be found in the animal world, billions of times more powerful and complex than any computer we can ever create; it is a bio-electrochemical organ and its meticulous and numerous functions must be kept in excellent condition even by a correct diet.

Poor nutrition affects the health of our organs and it makes them work badly, and often the body gives us warnings in these cases, such as pains, spots on the skin, changes in the circadian cycle, etc.

But when it comes to the brain, changes mainly occur in the mind and mood, and they are difficult to identify; for this reason it is very important to safeguard brain health also through proper nutrition.

Let's find out 10 foods suitable for this purpose.

The 10 best foods to help the brain function

Studies carried out by Rush University in Chicago have shown that vitamin E contained in vegetable oils acts as a powerful one antioxidant for neurons and nerves in general, and their regular consumption prevents cognitive impairment, as in the case of Alzheimer's disease.

All kinds of nuts, such as hazelnuts, almonds, macadamia, sunflower, sesame, cashew, peanut, etc., are very important for the brain exactly for the reasons expressed above for the oil. In fact, vegetable oils are extracted from seeds, rich in phenols, of fatty acids such as omega-3 and omega-6 and vitamin E. The brain is thus protected from free radicals.

Once in a while, without excess, a healthy one organic egg donates to the body good doses of choline, a water-soluble micronutrient that can be assimilated to the group of vitamins B. The body absorbs choline in the form of acetylcholine, an important neurotransmitter that helps mnemonic health.

There is a reason why i blueberries they are considered a superfood: their very good antioxidant power he's able to protect the brain from various types of oxidative stress and neuronal aging processes also linked to the development of Alzheimer's disease, various forms of dementia and memory lapses.

Many studies have shown that the cognitive decile is lower and slower in populations that regularly consume blueberries.

What is meant by functional foods?

5. Vino and even green

There is an interesting antioxidant, called EGCG (gallato di epigallocatechin) found both in wine in that green tea.


Although alcohol damage to the brain is known, this one antioxidant and anti-inflammatory catechin is able to prevent brain damage caused by beta-amyloid proteins, capable of creating plaques on the gray matter.


No more than a glass of wine a day it is an aid for nerve communications.

Why theavocado? Contain high quality monounsaturated fats, as mentioned for the seeds and oils above; it has a strong antioxidant power as reported for blueberries; and it is also able to fight hypertension, significantly lowering the risk of stroke and brain damage.

Here is another superfood important for brain health: the cabbage black it's a enemy of brain-damaging free radicals.

It has an excellent effect in preventing Alzheimer's and studies on populations that regularly feed on black cabbage have shown that their age cerebral is clearly younger than that of the elderly peers who do not have this eating habit.

I underestimate it purslane (often used purely as poultry food) is a perfect brain health food that i adore omega-3 fatty acids and purslane is one of the best vegetable sources. What else? A high level of vitamin C, the antioxidant par excellence that helps boost mental qualities.

In the precious beet special nitrates are concentrated capable of increase blood flowand then of oxygen to the brain, thus improving mental performance and memory skills.

One of the plants that most helps memory it certainly is sage, rich in essential oils capable of increasing the production of acetylcholine, as said for the eggs, and therefore to improve the mnemonic connections.

Discover the 10 best foods for the nervous system