Too much information limits understanding 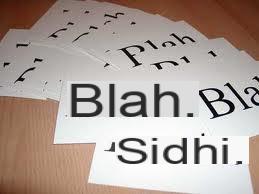 Sometimes we believe the more information we offer the
our interlocutor and this will understand us better, however, things are not
exactly like that. Share too much
information it does not make it more effective but it can even cause it
confusion.

This idea has been demonstrated by some researchers
of the University of Chicago, all of whom have developed a curious experiment with
40 pairs of students. The material these people had to communicate
it consisted of 32 abstract figures which were named with invented words. In the first phase, the researchers showed the figures ai
participants and trained them to learn their respective names. In
followed by the students had to transmit the information received to theirs
comrades, exactly, had to communicate the information relating to 24 of the
32 figures. At the same time, the students who received the information
they divided into two groups, the first learned only the names of the first 6 figures
(low convergence with the transmitting group) while the second group
learned the names of the first 18 figures (high convergence with the group that
transmits). The final stage consisted of the student who
transmitted he had to communicate the figure that appeared on the screen to his companion.
At the same time, whoever received the information viewed on his screen
three figures, one of which matched the image you were attempting to
to put in common. The results left no doubt: the couples who
communicated worst were those who shared the greatest amount of
information, because broadcasters tended to use data more
that only he knew. Obviously, when we communicate with people we don't
they share some of the information we include in our speech,
this only causes confusion. It happens for two reasons: 1. Because we think that
others already know the data we handle and already have ours
references themselves or, 2. Why don't we care about the basic level of
knowledge of others at the time of communication. For one reason or another, when we want
sharing some ideas the best thing to do is to be objective, clear
and simple. In this way we will be able to reach a wider audience e
we will be sure that we have been understood. If we are to include new data, the
best thing to do will be to take a few minutes for the audience to explain
what it is.
We all have emotional cracks, let's take advantage of them ❯

add a comment of Too much information limits understanding