Timilia wheat: properties, use and where to find it

Tumminia or Timilia, among the many names we find, is one variety of Sicilian wheat short cycle - sown in March and harvested in June - of which Goethe also wrote, after his "Journey to Sicily": "a kind of summer wheat that ripens in three months (...), does not need a lot of water, but rather very hot ".

The Tuminia Nigra is a type of durum wheat, also known as mallet grain or tremelia, is a product, together with other ancient grains, which is being recovered in the south, in particular in Sicily.

It is grown in fact in the areas of Agrigento, Enna, Messina, Palermo, Ragusa, Trapani, among others.

Thanks to Timili wheat floura, the famous is produced Castelvetrano black bread, Slow Food presidium, rich in special properties, with a pleasant scent of malt, almonds and toasted wheat. 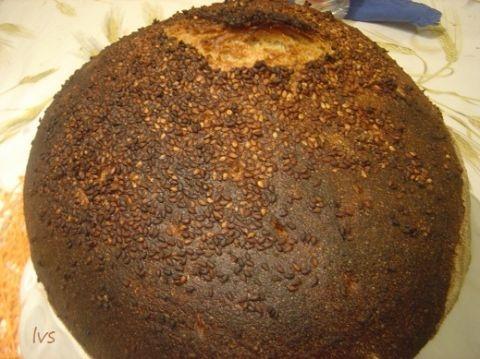 Resistant to drought and difficult soils, Timilia durum wheat it is widespread in the Mediterranean basin, recognizable by its brown kernels.

It is a recently studied wheat, which according to research would help prevent irritable bowel syndrome, preventing the spread of allergies and intolerances and strengthening the immune system.

In addition, the wholemeal flour of this grain contains many trace elements wheat germ and bran; has a high protein value and has a low gluten index.

Uses and where to find Timilia wheat

Thanks to Timilia wheat flour, often mixed with other semolina, a black bread that needs little water, it is very digestible and lasts several days.

It is also used for the pasta making, and, for some years, it has been used in Sicily for the production of beer.

Rare and valuable product, you can buy it in shops specialized in Sicilian products or Timilia wheat flour can be found on line, where you can also find artisanal pasta, with natural stone milled wheat.

Do you know the burnt wheat?

Audio Video Timilia wheat: properties, use and where to find it
Honey, when to prefer it ❯

add a comment of Timilia wheat: properties, use and where to find it