Timilia durum wheat flour it is obtained from a particular type of wheat known for its organoleptic properties. Rich in vitamin B and mineral salts, it protects the integrity of the cardiovascular system. Let's find out better.

> 2. Properties and use of Timilia durum wheat flour 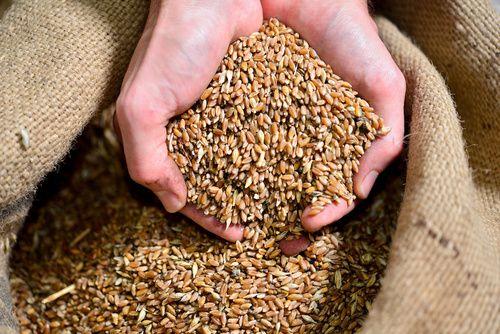 Timilia wheat, whose scientific name is Triticum durum, is a wheat with dark kernels that resists drought well. Its plant has a very strong root system, an elongated ear, a resistant and thin stem that reaches over one meter in height and a small dark amber colored seed.

It does not require great cultivation techniques and special care, which is why it is also suitable for organic crops. It is considered a durum wheat endangered despite its easy productivity, as in recent decades little demanded by large retailers, it has now become a rare and valuable product.

Known in Sicily, but also in the rest of the country with the names of dialectals: tumminia, timminia, trimminia. Timilia wheat is an ancient variety of durum wheat with a short cycle, the sowing period is March in the hilly areas (it can be anticipated to January in the maritime areas) for this reason it is also called marzuolo wheat.

Timilia flour is produced by means of ancient stone mills in the Trapani area, following the ancient traditions and after milling it has a greyish color.

Properties and use of Timilia durum wheat flour

Timilia durum wheat flour is one lightly tumbled wholemeal flour. It contains many trace elements of wheat germ and bran; it has a high protein value and a low gluten index.

B vitamins are present and among the mineral salts there are sodium, potassium, iron, calcium, phosphorus and zinc. Thanks to its polyunsaturated fat content protects the integrity of the cardiovascular system and cells.

This flour is very suitable for baking, in addition to other Sicilian semolina, but it must be consumed relatively quickly (about 4 months) in order not to lose its organoleptic qualities.

The food products that derive from the use of this flour are wholemeal breads or dark breads so called because of the characteristic dark color of the dough and the crumb.

Timilia flour bread is very fragrant, with a good nutritional intake and thanks to the use of sourdoughs (natural yeast) it has a long shelf life, it can be kept soft and fragrant for a few days. With Timilia flour you can prepare naturally leavened bread or homemade pasta.

With Timilia durum wheat flour you can prepare good and healthy biscuits rich in fiber and wheat germ. These biscuits are perfect both for breakfast, but also as an end of a meal or for snacks.

Preparation: Beat the eggs with the sugar then add the melted butter and oil, when they are well blended add all the other ingredients working the dough with your hands.

Form a ball and put the dough in a food bag and let it rest in the fridge for 1 hour. After the time has elapsed, turn on the static oven at 180 °, take the mixture from the fridge and form many balls that will be passed in the icing sugar; place the biscuits on a baking sheet lined with parchment paper and lightly crush each ball.

Continue until the dough is used up; bake for 20 'and then once cooked let them cool on a rack. They keep very well for 1 week in an airtight container.

add a comment of Timilia durum wheat flour, properties and use