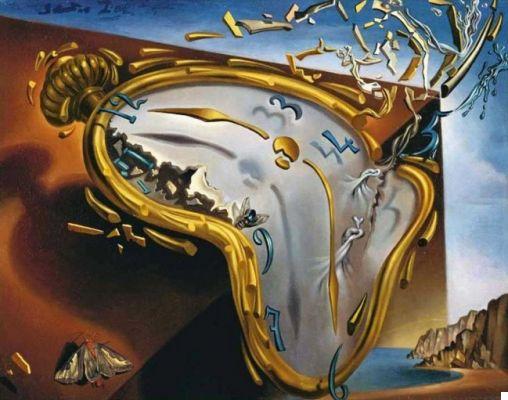 When it comes to time management there is an underlying misunderstanding: we imagine time as something that we inevitably suffer and that, in some way, we have to manage. Why do I say there is a misunderstanding? Time should not be considered as something you suffer, but rather as something you live. By adopting this vision of time, our role in relation to it also changes: we are no longer passive subjects who suffer the inexorable passage of time, but we become masters of our life and the succession of our actions, without being victims of this illusion called time.

Time is an illusion as it does not exist. To say it in simple and authoritative words is the well-known Italian physicist Carlo Rovelli in his book What is time? What is space ?: “Time does not exist. It is necessary to learn to think of the world in non-temporal terms, although this is difficult, on the level of intuition, because we are used to thinking of time as a separate, flowing thing. "

But how did this conception (or not conception) of time come about?

Throughout its history, modern physics has constantly degraded time: from an absolute and incorruptible entity to a mere illusion devoid of any physical reality.

Let's do one brief history. The English physicist Isaac Newton considered time as something absolute, separated from the events of the world. He imagined the existence of an empty space where time passed, even if there was nothing and nothing happened. Time, marked by a sort of "cosmic clock", simply passed by itself, independently of everything else.

Then it came Albert Einstein which dismantled the concept of time as an absolute entity. For Einstein time is a dimension that exists only if placed in relation with another dimension, that is space, and viceversa. In this way both time and space cease to exist by themselves. There is only one combination of the two: it space time.

Now we come to the more modern developments of the quantum mechanics: it tells us that space does not exist; there is only the gravitational field, which is made up of probabilities of networked space quanta. Professor Rovelli's intuition is to combine Einstein's theory of relativity with quantum mechanics: here the non-existence of space also implies the non-existence of time.

It is a simple change, but from a conceptual point of view the leap is gigantic. We must, therefore, imagine the world not as something that changes over time, but in some other way. On a fundamental level time does not exist: the impression of passing time it's a big misunderstanding which arises from the gross way in which we observe the world.

But if time doesn't exist, then how is it possible to think about managing it?

To answer this question, I want to offer you another conception of time. Aristotle said that time was just a way of measuring how things move. This means that if there is nothing moving there is no time. Time alone does not exist, as it depends on you. Only when you act does it exist; but not in terms of the hours, minutes and seconds that pass. That there is something flowing is a mere belief as well as a social convention: time exists only as a succession of actions. All those techniques that are usually considered as time management strategies are nothing more than organizational and personal productivity tools. Time has nothing to do with it; in fact, the famous “to-do-lists”, as the term itself suggests (“do” in English means “to do”), are nothing more than lists of things to do put in succession in order to achieve a goal.

What you call "time" you create and scan with your actions, and not vice versa. You have to imagine the weather like something you dominate, which you can check acting now. Time is not a river that drags you, if anything you are a river! Time is not a tiger that tears you apart, but you are a tiger! It is not a fire that devours you, you are the fire! Change perspective: there is no time, but only what you can do now to take control of your life. The rest is an illusion: how can you think of managing something that doesn't exist?

HERO's Journey: Turn your life into an adventure ❯

How to avoid wasting time unnecessarily

How to develop a winning strategy