Those who worry about growing have no time to criticize 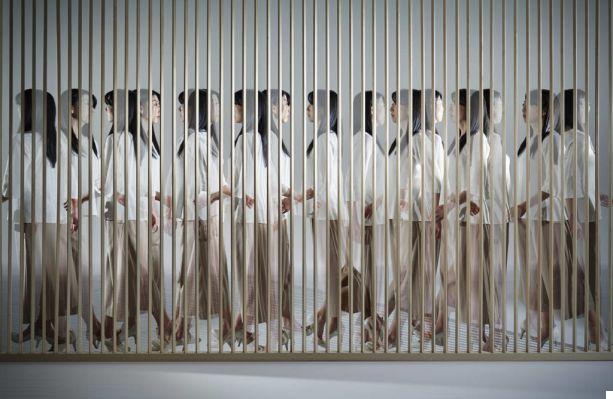 In the world of professional American football, there is a team that stands out, has earned a reputation by doing things differently: the Seattle Seahawks.

The Seahawks technical team does not criticize the players. There are not the typical screams, scoldings and humiliations that are heard in other teams.

The coach explains that instead of criticizing and focusing on what they did wrong, he explains what he would like them to do differently. When asked why this unusual change of perspective among coaches, Pete Carroll stated:

- We don't have time to criticize. We tell them exactly what we want them to do and as fast as possible, instead of wasting time on criticism.

Unfortunately, we are not always aware that criticisms have a greater impact than praise, their effects not only last over time, but the emotions they trigger are also more intense.

A study conducted at the University of Florida confirmed that negative emotions generated by criticism usually involve greater cognitive processing. I mean, we keep mulling over the criticisms, this is one of the reasons why they hurt us so much. The problem is that our brains are programmed to pay more attention to negative stimuli because they are the ones that pose the greatest risk to us.

But criticism is not only destructive to those who receive it, it can also be harmful to those who criticize, especially if they do it often.

The black hole our energy goes through

Criticism can become a black hole that absorbs our time and energy. To criticize, we must focus on the other, see what he does and does not do, what attitudes he takes and what words he said or not. This involves a lot of time and effort, an energy that would be best used to improve ourselves.


There is no doubt that at times, the attitudes, words and behavior of others may disturb us, but the truth is that destructive criticism will not change the situation. Destructive criticism breeds frustration and resentment, so it's not the best weapon to change something. In this regard, Mahatma Gandhi said: "be the change you want to see in the world".

Basically, constantly criticizing means being too bored with your own life, so you dedicate yourself to poking your nose into that of others. To criticize is to choose to see the speck in someone else's eye, regardless of the beam in one's own. Reason why the writer Rochefoucauld stated: "mediocre spirits generally condemn everything that is not within their reach".

On the other hand, the criticisms leave us at exactly the same starting point. When criticism is not constructive; that is, it does not contain a possible solution, it usually generates more dissatisfaction and frustration, closing a circle of negativity around us.

The panorama tends to repeat itself: we see something we don't like and we criticize it. The day goes on, we see another thing we don't like and we criticize it… At the end of the day, it's no wonder that we think the world is a hostile place where nothing works as it should. What will we have solved? Absolutely nothing, except that we feel worse than before.

Therefore, every criticism must contain the seed of change, an alternative solution. Otherwise, it's best to let it go. The inner peace that comes when we get rid of the habit of criticizing everything is priceless. Remember that “the hardest thing is to know yourself; the easiest thing, to speak ill of others ”, according to Epictetus.

Excessive self-criticism is also harmful and completely counterproductive. Psychologists at the universities of Massachusetts and McGill have discovered a coherent pattern in a series of experiments: the more we criticize ourselves, the less we advance in achieving our results. In practice, constant self-criticism keeps us stuck, preventing us from achieving our goals.


This is not a surprising result because, if we think about it, having a little voice in our head constantly criticizing us is not motivating, but deeply disheartening. On the contrary, these researchers saw that the people who were most successful in achieving their goals were those who controlled self-criticism.

This does not mean that we should ignore our mistakes, it means that constant and merciless criticism of ourselves, permanent dissatisfaction with our results without a word of encouragement, is not a positive attitude. Constantly criticizing is the best way to sabotage your dreams and weight your goals.

Use criticism very sparingly, making sure you bring value. It is a change of perspective that is worthwhile for everyone, for those around you and for yourself.

Asking For Help: Why Is It So Difficult? ❯