Those who cry while watching a movie are emotionally stronger 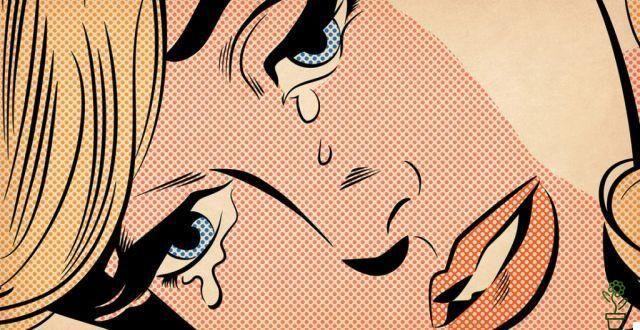 There are people who cry easily with movies, others are ashamed to show their emotions, especially men, because they think that tears make them weaker. But it is certain that to cry watching a movie is not a sign of weakness, on the contrary, it indicates that these people are stronger emotionally. In fact, there is nothing shameful about crying. Crying is human and simply indicates an emotion, which can be sadness, nostalgia, happiness or anger. In fact, crying during a movie is a sign of empathy. And empathic people also tend to be more socially successful.

We cry watching movies because we are empathetic

When the characters in a film are well represented, we can empathize with them and see reality through their eyes. In fact, the studies carried out through functional magnetic resonance have revealed that our brain connects with the character with which we identify ourselves to the point that the same areas of the brain are activated that we would need to carry out the tasks we see him performing in the movies, such as walking, jumping or clapping, for example, this ability also allows you to understand the situation and the point of view of the character, as well as to experience his own emotions. Obviously, empathy is closely linked to the way our brain is structured, especially mirror neurons, which help us put ourselves in others' shoes.On the other hand, when we watch emotionally charged movies our brain releases also oxytocin, a powerful neurotransmitter that helps us connect to others and allows us to be more empathetic, kind, trustworthy and selfless. This was shown by very interesting research conducted at the Claremont Graduate School. During this experiment, the psychologists asked participants to see a video shot in the St. Jude Children's Hospital. Half of the people saw a portion of the video in which a father talked about his son, a baby boy, about terminal cancer. The other half saw a part of the video in which the boy and father were happily visiting the zoo and did not talk about the disease at all. As expected, the part where the father appeared talking about his son's cancer generated a very emotional response. strong: Participants showed a 47% increase in blood oxytocin levels, and each participant then had to make a series of economic and relationship decisions. The results showed that those who saw the emotional video were more generous to strangers and more likely to donate money to charity. As if that weren't enough, those who donated the money also reported feeling happier.This means that empathy, and the behaviors it triggers, such as crying when we identify with the characters in a film, is not actually a sign of weakness but on the contrary, it is a capacity that allows us to connect to others and that, in the end, makes us stronger and happier people.empathy it is one of the paths that leads to resilience. When we are able to understand others our emotional universe expands. In a way, these experiences we live through others help us become stronger emotionally and prepare us for when we will have to go through similar moments. emotional, the ability to understand others and experience their emotions, allows us to broaden our emotional horizon, so we become stronger people.

If you need more reasons not to suppress crying during a movie, here's another study, this time developed by psychologists from the University of Tilburg, which showed that sad movies can actually improve our mood, but only if we give free rein to tears.These psychologists studied the emotional effect of crying on 60 participants while watching a movie and found that people tend to feel better after crying. They felt sad at first, then regained their balance, and later their mood improved dramatically, a positive effect that lasted for about 90 minutes - in fact, only those who cried reported feeling better. Those who suppressed the emotions they felt felt worse after seeing the film. Tears have a cathartic effect, which ultimately improves our mood and makes us feel more relaxed by lowering our heart rate and respiratory rate, so the next time you see a movie and feel like crying, follow the advice of the Uruguayan poet Sara Ibáñez: “I will cry without haste. I will cry until I forget the tears and be able to smile ".
Who are HSPs? ❯