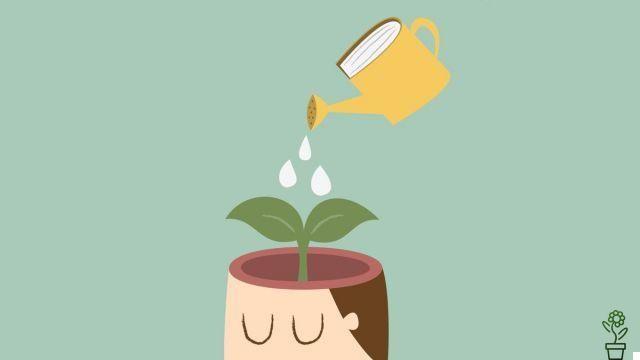 Once, a community asked a wise Buddhist teacher to give a series of talks on his philosophy, believing it to be the best way to learn. After much insistence, the master agreed. He then asked a simple question:

- Do you know what I'm going to talk about in today's talk?

"No," they all replied in unison.

- Well, if you don't even know what I'm going to talk about, how are you going to learn? Said the wise man and went away.

After several days, the community members returned to look for him. Then the wise man asked them:

- Do you know what I'm going to talk about today?

- Yes, they replied this time, by agreement.

- Well, if you already know what I'm going to talk about you don't need me - and he left again.

Insisting that it was the only way to understand Buddhism, they pondered and returned to the master. This time they concluded that it would be better to answer that some knew what they were going to talk about and others did not, in case the wise teacher asked them again. In fact, all gathered in anticipation of the speech, the master asked for the umpteenth time:

- And today you know what I'm going to talk about?

"Some of us know it, some don't," they replied satisfied.

- In this case - said the wise man with a smile - let those who know instruct those who do not know.

And he went away never to return.

This parable warns us of our limited conception of knowledge and tells us that the things that are really worth learning through direct experience and inner research, compromising ourselves with change, not waiting for someone to come and show us the way.

The role of experiences in the search for knowledge

Schopenhauer also suggests that a mind full of abstract ideas about the world, understood as ideas not rooted in personal experience, will tend to impose its ideas, rather than allowing external phenomena to touch the "cognitive chords" of consciousness.

"Instead of developing the child's discerning faculties and teaching him to judge and think for himself, the teacher uses all his energy to fill his mind with other people's thoughts," said the philosopher.

Schopenhauer favored a "natural education", in which we experience the world and then summarize it in general principles. That is why he considered school education as "artificial".

“The artificial method is to listen to what others say, learn and read, and then have your head full of general ideas before you have any sort of relationship with the world as it is and you can see it for yourself. They will tell you that the particular observations that were used to arrive at these general ideas you will have later in the experience; but until then, you will be misapplying your general ideas, judging men and things from the wrong point of view, seeing them from the wrong perspective, and treating them wrongly. This is how education corrupts the mind ”.

Schopenhauer believed that artificial education that is not based on direct experience leads us to accumulate too many preconceptions with which we judge the world, and this creates a "nervous anxiety" and a "false trust", a kind of perpetual cognitive dissonance when we try to get the world into our orderly pattern of how things are, instead of trying to experience ourselves.

"There is another knowledge, however, and it is that which concerns Eastern philosophies, focused on the direct understanding of life, instead of being trapped in the linear and abstract terms of words and thoughts," wrote Alan Watts.

Knowledge, the one that can really change us and allows us to grow, must start from curiosity. Curiosity encourages us to explore and discover to reach our truths, not to embrace the truths someone has told us.

This curiosity allows us to experience reality, truly, without trying to adapt it to our limited conception of the world. This can destabilize our system of beliefs and concepts, but it's not a bad thing, quite the opposite. After the school has built our world view we must reflect on everything that we have been taught, put it to the test and, ultimately, question everything.

After all, critical thinking is what truly sets us free.