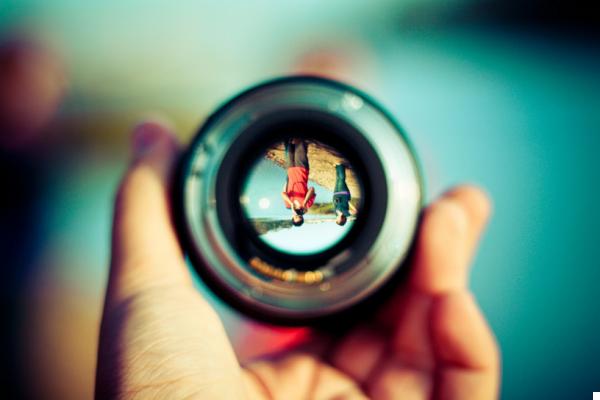 Once upon a time there was a man selling delicious donuts by the side of a road. Business was good and he had so much work that he couldn't even listen to the radio or read the papers. He didn't even have time to sit and watch television as he was so absorbed in his thriving business.

One summer his son, who was doing a master's degree in Economics and Commerce, came to see him and gave him bad news:

- Father, don't you listen to the radio or read the newspapers? We are suffering a great crisis, the country is falling apart.

At first the father could not believe it, but then he began to think: "My son is studying, he is informed and knows what he is talking about".

Therefore, he decided to be more cautious. The next day he bought fewer, lower-quality ingredients to reduce the production of donuts.

Sales began to decline day by day, so after a short period of time, his business started running at a loss. The man called his son at the university and said:

- My son, you were quite right. We are immersed in a great crisis.

This story reveals how sometimes it is we who lay the foundations on which our problems or misfortunes will grow, it teaches us that we can become the architects of our adversities by paying attention to the words of others, rather than ascertaining the facts and reflecting on reality.

The dualistic conception of thought, which has dominated in recent centuries and has determined our way of seeing and relating to the world, leads us to think that there is an objective reality completely independent of us. The truth is that reality is always subjective, at least ours, since we cannot abstract from our beliefs, expectations, dreams and delusions. We see the world as we are.


Therefore, some people can grow up in the midst of a crisis while others sink. Reality is not a mirror in which to reflect ourselves but rather a diamond with a thousand faces, which will vary depending on how we observe them. There is nothing mystical about all this, in psychology this phenomenon is known as the "self-fulfilling prophecy", a concept that sociologist Robert Merton launched a few decades ago.

It's about beliefs that come true because we act as if they are true. In practice, our expectations of the results cause us to change our behavior, just like the donut seller did, which has a direct influence on our degree of involvement in projects or how people perceive us.

Thus, without realizing it, with our attitudes and behaviors we are helping to transform the original belief into reality, which at first was only an expectation, an option among many other possible alternatives. What we believe to be true ends up becoming our reality.

Make sure you look at the world through the right lenses

It is not about embracing a toxic and naive optimism that ends up being harmful because it distracts us from reality, but since we are not immune to the self-fulfilling prophecy, we should at least make sure that we are seeing the world through the most appropriate lens.

What are these lenses?

This Tibetan rite contains a very powerful message: "Nothing is permanent, don't grab yourself" ❯