Thinking about your loved one reduces the feeling of pain 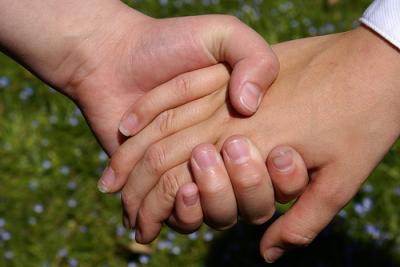 Many people, supported by popular belief, believe that love is synonymous with suffering but ... psychologists of the UCLA claim that this idea is not entirely correct. The study involved 25 women, the majority of them students from the same university. An essential criterion for taking part in the experiment was to have had a stable relationship for at least six months. The young women were subjected to moderately painful stimuli in their forearms as environmental conditions varied. These variations consisted of showing them several photographs: images of complete strangers, some chairs and their partners. When the girls looked at pictures of their mates they reported feeling less pain than when they were shown a complete stranger. Later the images were eliminated and while maintaining the painful stimulus they were allowed to support a rubber ball, shake the hand of a stranger or that of their partner. Of course, the results were identical, holding the hand of a loved one lessened the sensation of pain. These simple results show the important role that social support networks play in dealing with pain and stressful situations but at the same time they could also radically upset all previous psychological notions about the role of the networks themselves. Until now, Psychology recognizes that social support networks act as a cognitive guide, offer emotional and material support as well as act as social regulators. In summary, a person who has a solid social support network will experience more self-confidence, self-esteem and express himself in a more positive way, being able to get closer to the surrounding environment and in a more flexible perspective; however, the results of this research could go well beyond the strong emotional bonds that are established with some people that could cause changes even at the biochemical level, the real reason why people who have a support network are more immune to diseases and they recover more quickly from them. For the moment it is only speculation but without a doubt, it is an idea that will continue to be enriched with new experimental data in the not too distant future.

Anxious Thoughts: Journey into the mind of an anxious person ❯