The way of the warrior

Each of us fights our own personal battles, but we all fight. To win them we must follow the path of the warrior. 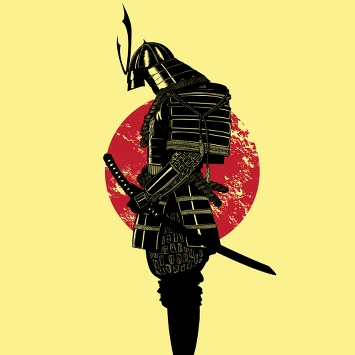 "He who continues to fight cannot be defeated."

As soon as it is extracted, the iron has numerous impurities that make it brittle. Only through the forging it becomes indestructible steel. Like iron, man is weakened by fears and temptations, and only the battles he decides to fight can forge him and turn him into a warrior.

This is GetPersonalGrowth and today's article is your weekly dose of motivation. Choose: you can, ignore it, continuing to walk the path beaten by the herds of frigno – frignonis or continue reading and take the way of the warrior.

Each era has had its warriors: the Spartans in ancient Greece, the knights in the Middle Ages, the Samurai in imperial Japan. The figure of the warrior has always been present in the history and culture of man and it is no coincidence that the warrior is one of the 4 key archetypes of the adult human being.

Violence, war, destruction: modern media have taught us to associate the figure of the warrior with these negative images. It is useless to deny it, the clash is inherent in the DNA of this archetype, but the training that I have had since I was a child in the field of martial arts it taught me to focus on many other qualities. It will not therefore be a weapon or gratuitous violence to make you a real fighter. If you want to walk the way of the warrior you have to follow three fundamental principles.

"Many enemies, much honor."

In 52 BC, during the battle of Alesia, Julius Caesar found himself facing, with his 10 legions, the 80.000 Gauls led by Vercingetorix. It was precisely in the context of this historic battle that the famous phrase "Many enemies, much honor" was attributed to him. These words are often misinterpreted: the truth is that there is no honor in being hated by many, honor resides in the ability not to turn our backs on the enemy, not even when he exceeds us in number or places us in front of challenges. which we believe impossible.

Facing the enemy, without hesitation, is therefore the first principle that must be respected by those who want to take the path of the warrior. But the enemy is not the colleague, the opponent or any other human being. The real enemies are others, they are much more subtle and creep into the meanders of our mind: fear, insecurity, procrastination. These are the real demons that must be defeated by a modern warrior.

If your life is derailed, if you feel the need to start over, to press that big red button with the word "reset", group your residual energies around a common enemy, your enemy: it's not up to me to point it out to you, I'm sure you know all too well what the demon is behind your defeats. Remember though, stop looking for enemies out there - every battle is won the moment we defeat our inner demons.


Find your enemy. Challenge him openly (no excuses). Take on the battle as if it were the last: do not hesitate, do not hold back, give up to the last gram of energy in your body.

"I discovered that the way of the Samurai is death: it is necessary to prepare for death day after day."

Il Bushido ("The way of the warrior") was what governed the life of a samurai: his key precepts concerned the acceptance of death and blind obedience to one's Lord (the Daimyo). The samurai who were disheartened by their Lord or who were left without them due to death, were considered fallen and took the name of Ronin (literally "men adrift"). A self-respecting warrior dedicates his life to one cause that goes beyond his mere self-interest.

The generation of thirty to which I belong is a generation that has stopped fighting for a higher cause, for ideals: it is a tired, disillusioned generation, which is not even able to get angry anymore. I would like each of my peers to read the passage "Wake up in your thirties!". Don't get me wrong, I'm not a supporter of revolutions or street demonstrations, but I firmly believe in the revolutions of individuals.

If you want to be a modern warrior you have to embrace a cause that goes beyond your personal "backyard", find a purpose that guides you, identify goals that really excite you. Easier said that done. Only a few lucky ones are electrocuted and are immediately clear what their "call" is, the vast majority of us can only perceive flashes of that complex puzzle called life. Don't be disheartened by this: keep investigating (perhaps using these 10 questions) and when you perceive one of those brief flashes, don't let it disappear in the daily grind, let yourself be carried away by instinct, the same instinct that guides the warrior's hand as he wields the sword in battle.


3. Dedicate yourself to practice

"The more you sweat in training, the less you bleed in battle."

The enemy is what the warrior has to face, the cause is what he wants to follow, but it is only the training that forges him to the end. Whether it's the study before an exam, the training before a competition or the work before the delivery of a project, constant and consistent practice is what distinguishes the great "warriors" from the half socks.

Set yourself ambitious goals, but leave them alone Law of Attraction (or anyway its misleading interpretations): devote every useful minute to training. Great battles are won within the walls of a library, gym or office. The great battles are won day after day, during those apparently insignificant Tuesdays. Great battles are won when you make a commitment to yourself and have the perseverance to respect it at every crossroads between the right choices and the easy ones. Dedicate yourself daily to perfecting the practice and the results will be inevitable consequences.

This post was a little different than usual, it certainly was for me who wrote it, I hope it was (pleasantly) for you who read it too. I just have to wish you to face this week like a real warrior.

The Way of the Warrior of Peace ❯

add a comment of The way of the warrior