The veggie burger is safe: the European Parliament votes against the meat lobby 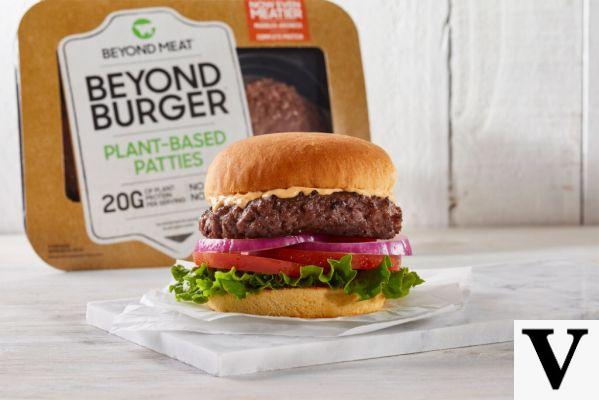 The European Parliament saves the vegetable burger. In fact, none of the amendments which intended to limit the use of meat denominations to products of animal origin was approved. The possibility therefore remains of using terms such as mortadella, sausage or hamburger for products with wholly vegetable ingredients.

The debate went on for days. The amendments to be discussed were: ban on using terms relating to cuts (steak) and preparations (burgers) for vegetable products, ban with exceptions (hamburger and sausage) or ban with possible exceptions to be authorized by the Commission. In the end, none of the three reached a majority.

"The reference to an alleged confusion induced in consumers, on which the campaign promoted by some organizations in the livestock sector has relied, is indicative of the great fear of the strong and growing awareness of European citizens of the reasons for choosing 100% vegetable foods - he declares LAV - Vegan burgers or sausages are chosen for very clear reasons, such as the protection of the environment, animals and one's health, certainly not because there is confusion between the product of animal origin and the vegetarian or vegetable one ".

The amendments had been included in the Common Agricultural Policy (CAP) after a battle between the meat lobbies and some trade associations on the one hand, convinced that the measure was necessary to prevent people from being misled, on the other. environmentalists with motivations also based on a study done by the BEUC consumer group which stated that 80% of consumers surveyed as a sample had no problem with terms similar to meat or dairy products used for alternative products.


On the day Europe decides on the name “vegan” steak, the first meatless butcher shop opens in the UK

The issue was therefore raised in the context of the reform of an important part of the EU agricultural subsidies program, which regulates the production and trade of agricultural products, including food of both animal and vegetable origin. European lawmakers rejected Amendment 165, known as the mother of all amendments to the 'veggie burger' ban, which was approved by the European Parliament's Agriculture Committee in April 2019.

"Consumers are in no way confused by a soy steak or chickpea-based sausage, as long as it is clearly labeled vegetarian or vegan," said Camille Perrin, Senior Food Policy Officer at Beuc. Consumers' European Union), defending the choice of the European Parliament.

Satisfaction with Being Animals: “We have engaged activists from all over your country and sent thousands of tweets to MEPs. Absurd restrictions were rejected, requested by the meat industry to hinder the development and consumption of plant-based foods, more sustainable for the planet and produced without killing animals ”, declares Claudio Pomo, development manager of Be Animals.

In Europe, France led the way in the fight against names related to the world of meat for vegan products, banning their use. Indeed, on May 27, 2020, the French National Assembly definitively adopted the bill "relating to the transparency of information on food products" and, with it, the ban on the denomination of steak, fillet, sausage, etc. for vegetable protein products.


It is forbidden to say hamburger, steak or cutlet for vegetarian products


The same situation occurred in the dairy sector. Recall that in 2017, the same speech was made for plant milk. At the time, the European Court of Justice ruled that plant-based products and drinks such as soy and tofu should not be sold under designations such as milk, butter or cream. Now, the amendments would effectively prevent food companies from using terms such as burgers, steak or sausage to market plant-based food products in the EU, but this has not been the case and the veggie burger is safe.

Audio Video The veggie burger is safe: the European Parliament votes against the meat lobby
The global initiative that challenges you to stay a week without eating meat ❯

add a comment of The veggie burger is safe: the European Parliament votes against the meat lobby