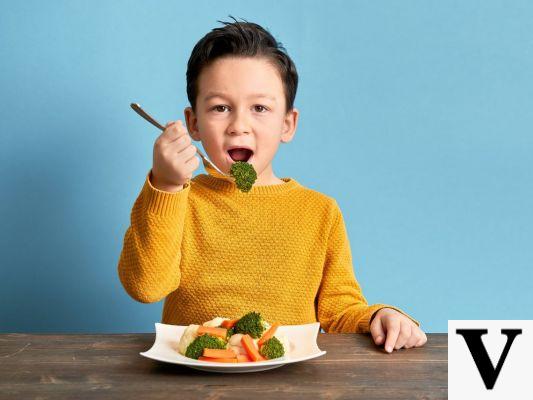 A new study confirms the benefits of vegan diet conducted in a healthy way and based on vegetables and whole grains. Vegan nutrition is effective in obese children and with high cholesterol to reduce the risk of heart disease. In the United States, obesity levels are high since childhood, a problem that is also reaching Europe and your country.

Changing your diet for the better helps disease prevention and to maintain a healthy body weight. However, it is a question of identifying the right diet. And the doctors of the Cleveland Clinic they have committed themselves precisely to this mission.

Michael Macknin, the clinic's pediatrician, conducted a 4-week study to compare the effects of the diet proposed by the American Heart Association (AHA) with those of a vegan diet. completely vegetable based and without added fats. The results were published in recent days by the journal The Journal of Pediatrics.


Dr. Macknin considered 28 obese children and teenagers, with high cholesterol, between the ages of 9 and 18. 14 of them followed la dieta dell’American Heart Association, which allows eat a little bit of everything, including moderate amounts of meat and fish and some vegetable oils.

The other half of the attendees followed one vegan diet that included whole grains and vegetables, with limited quantities of dried fruit and avocados, without added fats and obviously without products of animal origin.

On the other hand, those who followed the American Heart Association diet showed improvements in only 4 areas: mid-arm circumference, waist circumference, weight and myeloproxidase.

Those findings led the researchers to believe that following a plant-based diet could protect obese children in the long term the risk of heart disease. Dr. Macknin said:

"Cardiovascular disease begins in childhood. If we can see such significant improvements in a short four-week study, imagine the potential for long-term health improvement in adulthood if an entire population of children begins to follow this type of diet regularly. "


Can children's nutrition improve? Of course, and in this area the responsibility above all concerns parents and school canteens, which should offer children and adolescents a healthy, well-balanced diet, based on plant and whole foods to promote the maintenance and protection of health.

Finally, since February in the United States is the "Month of the Heart", the Physicians Committee for Responsible Medicine recommends that everyone follow a completely plant-based diet (plant-based diet) to reduce the risk of cardiovascular disease. THU more information.