The use of salt in the kitchen 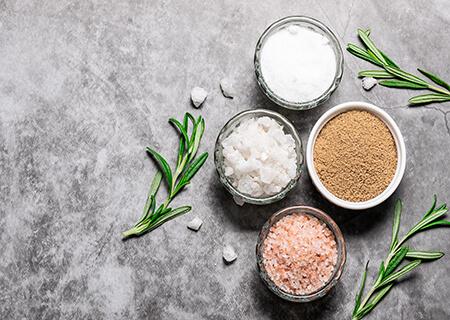 The use of salt in cooking dates back to ancient times, when our ancestors discovered that its use could enhance the flavors of the dishes, e preserve food. It was so important that the ancient Romans they built the Via Salaria, to be able to stock up on salt from the Adriatic sea. Its name, in fact, unlike all the other consular posts that are named for the architect of their construction, derives directly from the essential use that was made of it: we are talking about the transport of salt from the Campus salinarum in Fiumicino and Maccarese.

Salt has been such an important element in the economies of countries that even between 1482 and 1699, possession of this substance and related taxes applied to his business were the cause of Popular uprisings e conflicts among the various powers, dominant in Europe. These war events went down in history as the "Salt War".

Today we use it in the kitchen for season foods or for preserve them in a natural way, through the brine process, which takes advantage of the dehydrating power that the salt has on the substances with which it comes into contact, from which extracts the water to osmosis.

Il common kitchen salt and the sodium chloride or the sodium salt of hydrochloric acid. At room temperature it looks like a crystalline solid, colorless and with a characteristic smell and taste. In general, sodium chloride is essential for life on Earth. Most tissues and fluids of living things contain some amount of this mineral. Sodium ions are essential for the transmission of sensory signals e engines along the nervous system. A water solution containing it 0,9% sodium chloride it is said "physiological solution"because it has the same osmotic pressure of blood plasma human, and is therefore used medicinally for treat dehydration. However, recent studies have shown that one dose superiore a 5g/die it can be a lot harmful, resulting in a 27% increase in the incidence of ictus o cardiovascular diseases.

Unfortunately, the usual kitchen salt has nothing to do with salt in its natural state, as the refining and bleaching processes it they deplete precious substances contained therein. Natural salt, in fact the one produced for solar evaporation sea ​​water (unpolluted) is a more or less balanced compound in its structure: in addition to sodium chloride there are magnesium chloride, magnesium sulfate, calcium sulfate, potassium sulfate, calcium carbonate, bromine e iodine. In addition we also find Tracks of all minerals known as boron, bario, silicon, fluorine, Lithium, manganese, zinc, phosphorus, copper, silver, etc. that allow our body to function optimally.


With the industrial process the salt comes chemically cleaned e reduced to sodium chloride, for 95% approximately; essential minerals and trace elements are simply considered 'impurities' and as such are eliminated, even if they are the same ones that make up and allow our body to function properly.

The use of salt in the kitchen

In the kitchen, the use of salt serves first of all to enhance the flavor of food, for this reason its use is found in all culinary traditions known as well as being widely exploited in the food industry as both ingredients be like storage medium some food.

La brine is a simple method of preserving food, which uses a solution of water and salt, more or less concentrated, whose osmotic effect preserves food from rot caused by bacteria, as it inhibits their development and proliferation.

Furthermore, the kitchen salt with additives of particular items normally comes prescribed to cure o to prevent some diseases (for example iodized salt forhypothyroidism or added with potassium chloride for l'hypertension). However the sodium holds liquids, making him the primary responsible for the water retention and everything that can derive from it, from cellulite to high blood pressure.

Salt is found abundantly in nature: most of it is dissolved in water, to form sea ​​water; in part it is found as a solid mineral in deposits on the mainland (in this case it is called "rock salt")


Production processes vary according to the form in which the salt is available. In the country, the major salt marshes are located in Margherita di Savoiain Apulia; to Cervia in Romagna; At Cagliari, in Sardinia; it's at Trapani, in Sicily, where sea salt is included among traditional Sicilian food products, recognized by the Ministry of Agricultural, Food and Forestry Policies.

The types of salt

The main salts for use in the kitchen readily available on the market are:


7 recipes with various types of salt

add a comment of The use of salt in the kitchen