The unbearable people who violate our rights 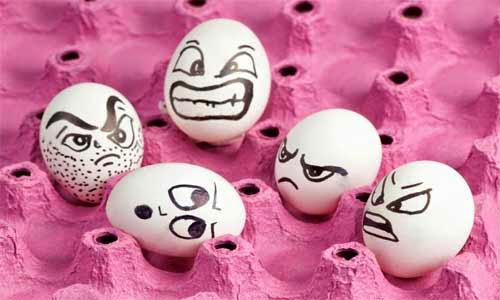 Have you ever wondered what the world would be like if everyone behaved like you? This is a question that has always haunted me, but that struggles to get out of my mouth every time the neighbor turns up the music to such an extent that even aliens (in the unlikely event that they exist), would be forced to wear earplugs. my ears on their planet, or every time I'm standing in line in a public office and someone talks on the phone loud enough to force me to know the misfortunes of cousin Juanita (a detail that of course I would have preferred to spare myself). Or every time someone occupies two parking spaces, even if their micro-car would fit perfectly in a third of the space, or when someone throws rubbish on the ground, even if they have a rubbish bin just a hundred meters away. , the examples are many, unfortunately, too many to list them all. However, they all have a common denominator: these people think they are alone in the world, even if they just need to look around to understand that this is not the case.

Why do some people really give a damn about everything and everyone?

- Egocentrism. When a child is very young, he behaves self-centeredly. He wants to capture the attention and affection of his parents and does not like to share his things. But as he grows up he should get rid of that selfishness by beginning to understand how others think. When the child discovers the theory of mind he begins to abandon his self-centeredness and begins to develop empathy. However, apparently there are many people who are stuck in the self-centered stage, assume their own needs are paramount, and don't want to recognize the needs and rights of others. They act like children.

- The lack of empathy. In theory, empathy is a skill that we all have and that is based on the work of mirror neurons. If we see someone in pain, certain areas related to pain are activated in our brain. So we can get an idea of ​​what the other person is feeling, we put ourselves in his shoes. When we have developed good empathy, we can think about how the other person feels if we behave in a certain way and, therefore, we can also adjust our behavior accordingly. Obviously, people who systematically violate the rights of others are not very good at putting themselves in others' shoes, they don't think much about the consequences of their actions.

- A matter of habit. Some people invade your living space simply because they don't realize they are doing it. They have acquired certain habits that often come from the environment in which they grew up, and they believe that these behaviors are normal and tolerable. In fact, it's not surprising to find that screaming kids and teens are just mimicking their parents' communication style. By remaining alien to the basic rules of formal education, these people do not respect them and often end up violating the rights of those around them.

- Functional stiffness. The flexibility to adapt behavior to the needs of the different situations that we face every day is a skill that not everyone has developed. As a result, these people exhibit virtually the same behavior patterns at home, at the bar, or in the office. This is what is called: "functional rigidity" and is recognized by the fact that these people "out of tune" in many places, because they do not know how to adapt to the context.

- Pure and simple selfishness. There are people who don't give a damn about everything and everyone, simply because they don't care about knowingly violating the rights of others. While self-centered people are stuck in their world and hardly realize that others also exist, the selfish is aware of the consequences of his actions, knows that it can be annoying to another person, but he largely cares. The typical example is the person who never recognizes his mistakes and gets very angry when you point them out. For this person, the problem is not his, it is yours, it is you who have to adapt to his lifestyle, even if this is a huge nuisance for you, a nuisance that could have been avoided with a small gesture on his part. An act that, needless to say, never comes.

Dealing with people who do not care about others is quite complicated, especially since they almost never admit that they are wrong and, ultimately, you are always the bad guy, no matter what the "Geneva Conventions" stipulate.

However, since hope is always the last to die, we can try to see how to put an end to these behaviors. First of all, it is always better not to confront the person as soon as he has committed the "deed", because at that moment you would be too nervous and the person will be less willing to give in. Ideally, it would be advisable to do this the next day by commenting to him that you did not like his behavior. Do not do it in a recriminatory tone, but with the intention of finding a solution that is acceptable to both of you.

In this case, it is possible to use the “sandwich” technique, which aims to make a criticism come in so that it is well accepted. Start by indicating a positive quality of the person, then move on to point out what you think should improve and conclude with words of encouragement.

In the case of a person who you will not return to see, but who bothers you, use a friendly but firm tone, and without hesitation. Choose a short sentence and offer an equally short explanation. For example, you might say, "You could speak in a lower tone, my head hurts a lot." It has been shown that when we include a reason in our requests, it increases the likelihood that the other person will accept.

Finally, there is always the well-known technique of the ostrich which is no less effective. In fact, considering that we cannot change the world, we will have to adapt (or perish).

A final consideration for those who do not respect the rights of others:

Imagine for a moment that everyone in the world behaved like you.

I do not think so.

So, treat others as you would like to be treated.

add a comment of The unbearable people who violate our rights