The tensor of the fascia lata | How to train it

The tensor fascia lata muscle is part of the anterior lateral group of the thigh muscles, along with the quadriceps and sartorius.

It originates from the anterior superior iliac spine and, approximately in the upper third of the thigh, is thrown on tendon fibers that are intimately intertwined with the fibers of the femoral fascia (or precisely fascia lata) and finally terminate at the bottom, on the lateral tuberosity of the tibia.

It is innervated in the upper buttock and, in synergy with other muscles, moves or stabilizes some joints also according to the type of movement being performed:

Training of the fascia lata tensor

The stabilization of the coxo-femoral joint and the pelvis are very dependent on the tensor of the fascia lata as well as on the buttock: both of these muscles are essential for correct walking and running.

There are many exercises aimed at toning all the stabilizing muscles of the hip and pelvis, which can be performed both within our training routines and as single exercises; not necessarily the training of the tensor fascia lata must be seen as the classic abduction of the leg from the lateral decubitus position that is often associated with the old aerobics video courses of telesales!

Being involved in many joint mechanics, the tensor of the fascia lata is profitably solicited by even more "strong" exercises that go well with the routines or circuits of young and conditioned athletes ... but let's see some of them.

It is a revised version of the classic abduction from the standing position; starting from a side plank position one proceeds by lifting one leg bringing the ankles to about 50 cm away, then returning to the initial position. You can perform series with a high number of repetitions given the modest load, or add a load such as a 500g anklet (even with modest loads you will immediately notice the difference!). In addition to training the tensor fascia lata, with this exercise all the core muscles are strengthened, stimulating them in a more dynamic way than the static version of the side plank. 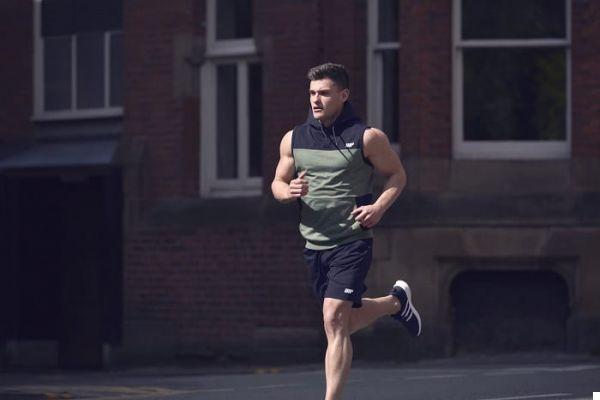 Bring a band (medium resistance elastic) and a support point (for example a chair). Keeping the support in an upright position on one leg and placing the elastic around the ankles, perform hip abductions by moving the raised one away from the one on the ground at a distance of about 50 cm. Complete a series of 12 repetitions by performing the movement in a continuous and controlled manner, without taking momentum, then repeat with the other limb.

3. Abductions to the abductor machine

As the name of the machine says, with this machine you go to work on the abduction movement of the thighs. As the fascia lata tensor is one of the main causes of this movement, the abduction machine abductions are one of the hardest exercises in terms of overload for this muscle. In particular, with this exercise we will stimulate not only the tensor of the fascia lata, but also the small and medium gluteus, also involving the upper fibers of the gluteus maximus. 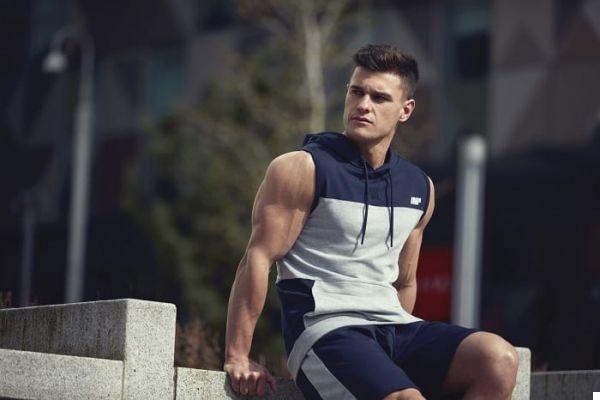 Very hard exercise (perhaps the hardest among those proposed). Using a medium intensity band to put on your ankles, position yourself in a squat squat with your feet slightly wider than your shoulders (putting the elastic under tension). Keep your arms extended forward with your palms facing each other. Remaining with the pelvis low, imitate the lateral walk of the crabs, spreading one foot outwards (abduction) and following it immediately afterwards with the other (adduction).


Obviously the work hindered by the band is that of abduction (while that of adduction is somewhat facilitated), however care must be taken not to exceed the approach of the feet but always keep the elastic in tension both to prevent it from falling and in any case to maintain a minimum load even in the theoretically unloaded phase of the exercise.

This exercise is very interesting for contact sports (rugby, football and various types of wrestling) where the squatting position is widely used: it trains all the chains involved, stimulating quadriceps, adductors, abductors, glutes and core. The quadriceps and gluteus are continuously stimulated in isometry to keep the pelvis low while adductors and abductors stabilize the hip in the walking phase. 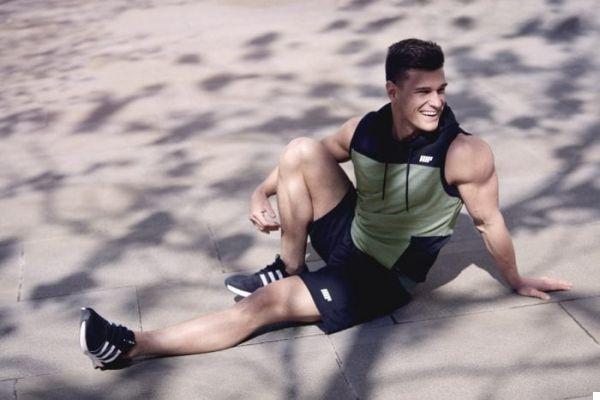 Position yourself with elbows and forearms well supported on the parallels, back straight, torso erect, hips and knees extended. Keeping the knees extended, flex the hip while exhaling until the feet are level with the pelvis, then return to the starting position and control the movement.

Whether you are runners or untrained people, but still want to safeguard the stabilization of your pelvis, with the help of your trainer insert some exercises of this type in your card! You will soon notice a completely different feeling of stability in the way you walk or run!

Audio Video The tensor of the fascia lata | How to train it
The wall ball | Which muscles does he train? how should it be done? ❯