The tendency to imitate others 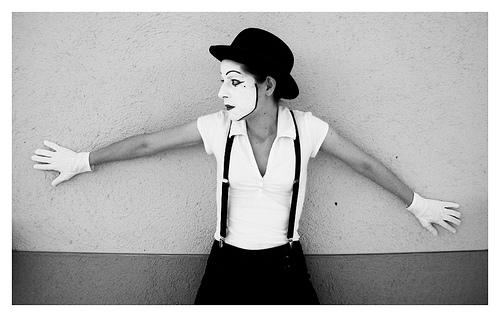 How strong is our tendency to imitate? Is it a conscious mechanism or
does it depend mainly on the unconscious? Theories regarding theimitation are many, from those that
they assure that it is an innate mechanism to those that suggest a
neurological foundation related to mirror neurons. However, an interesting one
experiment carried out by Columbia University signals further possibilities.

This research carried out by Harvey A. Hornstein,
counts with data collected from the observation of 105 people living in
Manhattan: During the experiment the psychologists left some
wallets on the ground to see how some people reacted when they saw them.
These wallets contained two dollars in cash and a check for value
of $ 26,30 and various documents with information relating to the owner
such as name and address. The interesting part of the experiment was in the fact
that the psychologists had included an envelope in which there was a note that
reported that the wallet had previously been found by another person,
thus suggesting that this person too had lost his wallet when
he was on his way to the post office with the intention of returning it to the owner
The portfolios were divided into two groups: 1. The note was written in perfect English according to the
domination of the language of the average North American citizen. 2. the note was written in basic English with some
errors and furthermore, it was clearly shown that this person was a
immigrant just arrived in the U.S. In this way the psychologists tried to
represent two different people; the average North American with whom i
Manhattan passersby could identify and an immigrant (possibly of
a different culture) with few points in common. The aim of the study was to verify
how this note would affect the decision they would make
people, if they imitated or would have adopted a different behavior. The results left no doubt: When passers-by who collected the wallet
they perceived that the other person was similar to them, they too went to
return the wallet, so 70% returned the wallet to the owner
original. When, on the other hand, people did not identify with each other (in
this case the immigrant) then only 33% chose to return the
wallets. Specialists say we follow a few steps
critics in this process of social imitation who are marked by:
attitudes, morality, context and appearance. So when we get a
persuasive message we unconsciously ask ourselves these questions: The person is sending me the message he thinks
in the same way I do? Does it share my values? Does it move in a context similar to mine? Does it physically resemble me? It is certain that the experiment, although very simple,
demonstrates an inconvenient truth: far beyond our mirror neurons we have the
tendency to look for connections with which to identify ourselves and to start from these
we engage in certain behaviors rather than others. When we don't know
what to do we look for the answers in the behaviors of people who are more like us because we believe that
this could be an equally successful solution for us as well. TO
sometimes it is like that, other times less.
Does tolerance have a limit? ❯

add a comment of The tendency to imitate others