The talent bias and the "I'm not good" excuse 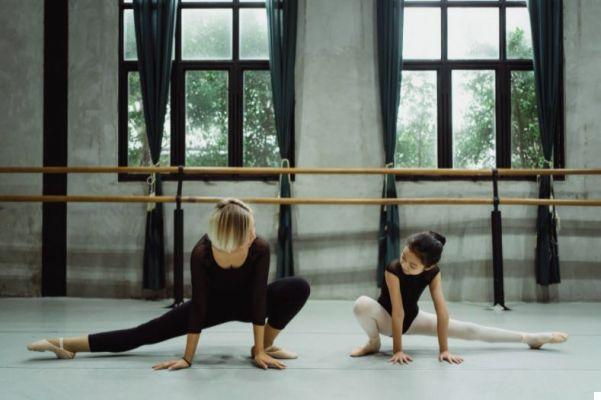 How many of us have followed the Tokyo 2020 Olympics? And how many times, faced with the performances of the best athletes in the world, have we thought “What talent”?

Which then is the same thing we think when we see our favorite footballer who unmarks and goes to shoot on goal or our musical idol performing in a solo to take your breath away.

It is a natural reaction that I call "talent bias".

Let me tell you what it is.

How (perhaps) you know - if not it is the right occasion to find out - psychologists define "cognitive bias" our natural propensity to interpret reality by applying a series of distortions, deviations from rationality.

If, on the one hand, biases represent a real form of adaptation of man, who through his own mental schemes is able to quickly give an interpretation to the events of reality and consequently to make decisions more quickly, on the other it is It is clear that these interpretations and decisions are often distorted by prejudice and, therefore, to a varying extent, not effective e limiting.

In particular, the bias of talent it limits us because it offers us an easy excuse: “It's not my fault, it's just that I'm not talented enough!”.

What I want to do today, then, is to tell you the truth:  talent is one of the most overrated concepts in modern society.

I am not saying that it is useless or, worse, that it does not exist.

But I tell you that, as a rule, too much importance is attached to it compared to its real weight in a person's success.


But let's see what exactly talent is, and how the resulting bias works.

What is talent and why we overestimate it

Talent is defined in a well-known dictionary as “propensity for something, ability in an activity, in a sector”.

And it is undeniable that each of us is born with the natural predisposition for some activities, which often - and for this very reason - also become our favorites.

Not everyone, however, is able to really take advantage of these predispositions.

If we go back to great sportsmen and, more generally, to highly successful people, they always have an extra ingredient, in addition to talent, which makes them what they are.

This ingredient is none other than the hard work.

We have already talked about it about the searches of Angela Duckworth and the equation of tenacity:

if a particular aptitude for doing something is not channeled into hours and hours of hard work, it will never fully develop.

Think for example of the life of an elite athlete.

It usually begins with a childhood and adolescence studded with daily and constant workouts, enormous sacrifices, hours and hours spent sweating while peers go around having fun, with no guarantee of becoming a champion in future years.

It is an investment in oneself.

Maybe you start by seeing that on average you are better than others in a particular sport. Let's say that we start with an advantage, a propensity, a talent indeed.


But all that comes after is sweat, sacrifice, tenacity, determination.

If even one of these ingredients fails, the whole system collapses.

And in fact we have dozens of examples of talented but absolutely inconstant champions. Stars that shone for a couple of seasons, and then disappeared.

On the contrary, whoever becomes a star, always bangs like crazy, regardless of how much talent he had as a gift.

When I read Open, the book on the life of Andrè Agassi that I really recommend everyone to read (a book that in my opinion talks about personal growth in rivers while not falling within the "personal growth" genre), I was simply baffled by the life to which Andrè was subjected as a child and a young boy.

His father had handcrafted a ball machine for him so that the tennis balls were thrown out with more violence than normal.

He called this contraption "The Dragon", and the dragon threw an average of 2500 balls out at it every day, because "a child who hits a million balls a year will be unbeatable."

And indeed it was.

Of course I am not interested here in discussing the educational methods of Agassi's father.

What I would like to emphasize instead is that we are often used to seeing the final performance and not knowing or forgetting all the work behind it.

Let's see the result and think that Andrè Agassi, Cristiano Ronaldo, and so many others, were lucky because they are talented.


And that talent is what allowed them to become rich and famous by simply doing what they like to do, what they are good at.

But, as you may have guessed, this is not exactly the case, and now let's see why it is important that you know

But what can you learn from these stories and these lines?

In this article I was influenced by the Olympics just ended and I focused on sports champions, also mentioning a couple who are absolute stars in their disciplines.

But you could tell me "But what does all this have to do with me?"

The fact is that, not only in sport, but in life in general, if you do not perform at your best it is not for lack of talent or ability, but for lack of desire to beat yourself up.

This, if you think about it, from a psychological point of view it is a real liberation.

In fact, it means that, apart from the cases in which bad luck strikes us, which unfortunately can always happen, our results do not depend on an obscure gift from the gods, but on our tenacity in pursuing them.

It is important, then, to pay attention to that the talent bias don't fool us.

Indeed, it makes us willingly do what we do well, but it also tends to make us commit below of our real potential.

On the other hand, precisely because we do something well, we often don't feel the need to give our best.

At the same time, the talent bias it also makes us avoid like the plague anything we don't feel suited to.

- Why should I do something for which I feel denied? - we say more or less consciously to ourselves.

But, remember well, this is just an excuse.

This is not about becoming world champions but about grow and develop really their potential.

People who vegetate between the sofa and the car, perhaps accumulating extra pounds and health problems and the punctual excuse is "I'm not good at sport"

Others who call their friend, cousin, neighbor to have an app installed on their phone "Oh you know, I'm not very technological" ...

Well, improves in the first and approaches the second in some way.

And committed, committed a lot, because this will make the difference between you and all the others who will be watching convinced that, if they have no talent for that thing, we might as well not even try.

In normal people, as well as in those who decide to dedicate their lives to sport or art, what makes the real difference is the continuous curiosity to learn new things, to face their problems, to go beyond their prejudices, not to stop in the face of difficulties.

In a sentence, not to be influenced by your own biases.

So, if you really want to have great satisfactions, whatever the area in which you want to get them, remember that you will not get anything if you are not willing to put in:

He no longer loves me: what to do and how to win him back ❯