The Story of the Orange: What you have inside is important 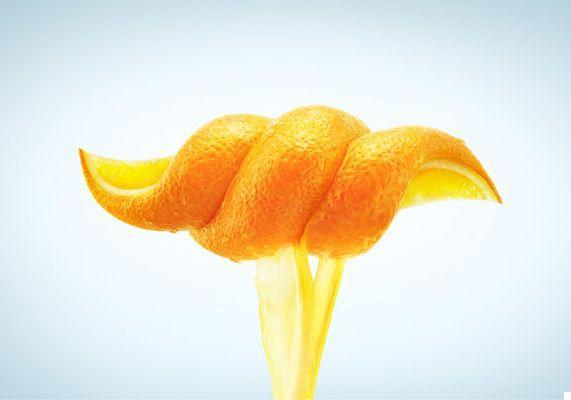 A few years ago, Wayne Dyer chose to start his personal growth conference in Canada differently. With an orange in his hand, he asked the audience:

- If you squeezed this orange, what would come out of it?

A young man sitting in the front row looked at him amused and replied:

- Do you think apple juice could come out of it?

- What about grapefruit juice?

- What would come out of it?

- Because? Why does orange juice come out when I squeeze an orange?

The young man was visibly confused, probably thinking that Dyer was making fun of them, but replied:

- Well, it's an orange and that's what's inside.

- Right. But suppose this orange is not an orange, but it is you and someone pushes you, pressures you, tells you something you don't like or offends you and you respond with anger, hatred, bitterness and fear. Why do these emotions come out? The answer, as this young man just said, is: what we have inside comes out. We cannot control how others behave, but what we have inside is up to us.

With this simple metaphor, Dyer offers us a great lesson: Whenever we respond with anger or fear when someone puts us on the ropes, it doesn't matter who the person is because, in a way, we are externalizing what we have inside.

Dyer didn't mean that we have to passively suffer when others pressure or manipulate us, he meant that we should be much more aware of our reactions and truly understand where they come from.

It meant that we often attribute our anger, anger, resentment, anxiety, boredom or frustration to others when sometimes those feelings were already within us and the person just amplified them. Sometimes, the attitudes, words and behaviors of others are just a tuning fork that we resonate with.

In fact, it is quite common that when we are nervous, any behavior of our partner or children ends up irritating us, when at other times those behaviors simply go unnoticed. Sometimes, when someone presses us, what comes out of us is what we have been feeding all day or maybe years.

This concept is divided into two categories: internal and external. If a person has an internal locus of control, they will attribute both success and failure to their efforts and skills. A person with an external locus of control will attribute his success or failure to luck or fate, so that he will be less motivated to struggle thinking that, after all, the results do not depend on him. It has also been seen that these people are more prone to suffering from anxiety and depression because they believe they are not in control of their own life.

People with an internal locus of control, on the other hand, tend to be more proactive, are more success-oriented, and less vulnerable to suffering from psychological disorders. Of course, these people are aware that there are factors beyond their control, but they choose to focus on the ones they can control, on the things that really depend on their effort.

Similarly, when they "press" us our first reaction may be anger, frustration or disappointment, but if we have an internal locus of control, rather than giving free rein to those emotions, feeding them and becoming puppets of circumstances, we will reflect and decide how Act. This is the big difference between reacting and acting. In this regard, Dyer said, "We can't always control what's going on outside of us, but we can always control what's going on inside."

A popular belief says "better outside than inside", referring to the fact that it is better to externalize all the negative emotions we have inside. However, this belief is only partially true. How we externalize emotions matters. In fact, a group of psychologists from the University of Arkansas decided to review the results of studies conducted in recent decades on the expression of anger and found that externalizing this emotion can make us feel better immediately, but it is not the best thing to do in the long run. term.

This is also confirmed by a survey conducted by psychologists at the University of Buffalo, who say that venting anger after suffering a trauma is not as good as it is believed. These researchers followed 2.138 people who had been somehow involved in the events of 11/XNUMX for two years to analyze how they coped with trauma. Some decided to express their anger and frustration at what happened, others did not. Interestingly, those who vented their anger were more likely to suffer from post-traumatic stress.

This and other research suggests that, contrary to popular belief, giving free rein to negative feelings can be counterproductive, plunging us into a cycle of negativity that does not allow us to overcome the situation. This does not mean that one should suffer passively, but one should find a way to respond more assertively.

We need to understand that, fundamentally, emotional assertiveness primarily benefits ourselves. Anger, disillusionment, helplessness, resentment and guilt, among others, are understandable and valid emotions and feelings, but feeding them will end up doing us more harm than good. Instead, we should strive to cultivate a state of inner peace and mental balance. We must remember that what we have inside matters, and a lot.

Superstition: When it makes us happier and more competent ❯

add a comment of The Story of the Orange: What you have inside is important