The smell of lavender is as effective as Valium 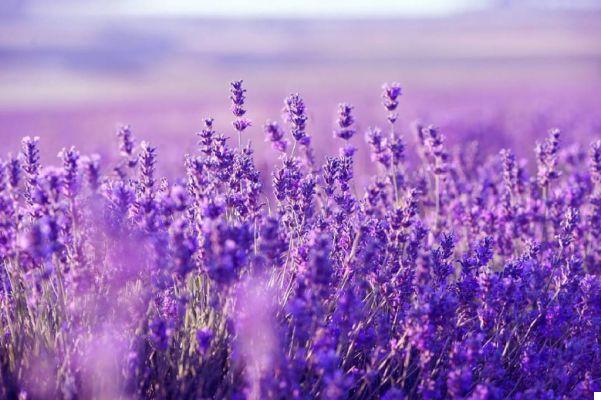 If you like the smell of lavender and it calms you down, it's not your imagination. Several studies have found that, in fact, this plant has a relaxing action that allows you to fight stress, anxiety and even insomnia.

One of the first studies on the effects of lavender was carried out at the University of Southampton. In this pilot study involving only 10 people who had difficulty sleeping, the aroma of lavender was found to improve insomnia symptoms and sleep quality.

A larger study, conducted for 12 weeks at Taipei Medical University, showed that the essence of lavender helps you sleep by promoting the activation of the parasympathetic system, which is precisely what generates a feeling of tranquility and relaxation.

For several years, researchers have also evaluated the effects of lavender on anxiety. A study developed in Germany found that taking lavender oil for six weeks is as effective as lorazepam for relieving anxiety disorders.

Additionally, researchers from the University of Central Lancashire asked a group of people to watch an anxiety-inducing movie. Half of them ingested a capsule of lavender oil and the other half a placebo. This time, the researchers checked people's reported mood, heart rate, galvanic skin response and heart rate change, physiological indicators of anxiety. They discovered that lavender effectively reduced the emotional and physical signs of anxiety in women.

Linalool, a lavender compound, acts in the brain

Researchers from Kagoshima University in Japan discovered that the key lies in linalool, a chemical compound found in lavender that generates the feeling of relaxation we experience when we inhale it.

These neuroscientists found that in guinea pigs, the smell of linalool had the same effect as Valium. This smell affects the same parts of the brain as the anxiety medication, but it doesn't have all of the side effects that go along with it. Interestingly, if linalool is injected directly into the bloodstream, its effects are different, more similar to those produced by alcohol consumption.

Similar studies have shown the effect of lavender on the brain in people. It has been found that it not only activates the olfactory areas of the brain but also those related to emotions, while attenuating the activity of the prefrontal cortex. Indeed, lavender generates an increase in the activity of alpha waves, which indicate a state of relaxation. Lavender aromatherapy has also been shown to produce EEG (electroncephalogram) patterns characteristic of people who feel comfortable.

How to use lavender for anxiety and insomnia?

Lavender can be used in several ways to relieve stress, anxiety and insomnia:

- Make a lavender tea by adding 1 to 2 tablespoons of whole dried flowers to a cup of boiling water and leave them in the cup for about 10 minutes.

- Add lavender extract or essential oil to the bath water, to take a relaxing bath before going to bed. It is important to note that this is pure lavender essential oil, because if it is mixed with other oils, it will lose effectiveness.

- Turn on a lavender essence diffuser before going to bed, so you can sleep with this scent in the room.

However, it is important to keep in mind that lavender generates tolerance, meaning that if you continuously expose yourself to its scent or use it daily, you will need increasing doses to achieve the same effect. That is why it is convenient to use this natural remedy only when you really need it.

Obviously, it is not recommended to replace the anxiety medication with lavender, it is always advisable to consult with the specialist before any changes. If you use anxiolytics, you should also tell him that you want to use lavender so he can reduce your dose.

5 differences between anxiety and stress that everyone needs to know

How to manage anxiety effectively

Causes of anxiety and behaviors to avoid