The sense of guilt: to intend it to eliminate it 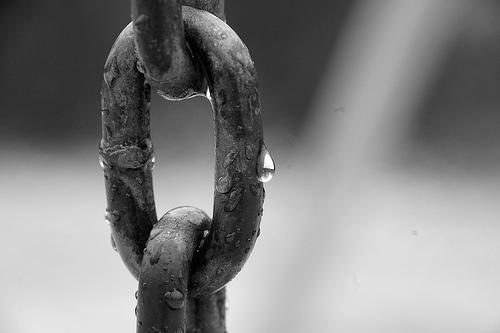 Guilt is one of the most paralyzing and destructive emotions one can experience. There are people who have a sort of vocation for guilt as they not only suffer for what they have done but also for what they think they might do. Obviously, it's not a pleasant feeling.

The roots of guilt can be traced back to childhood, especially if the person has had to deal with parents or teachers who made them feel guilty about anything that hurt them. The phrase "you should be ashamed of what you did" probably sounds familiar to many people.

Of course, we all make mistakes we're not particularly proud of, but thinking hard about the past to keep complaining about the same mistakes is an unnecessary waste of energy that doesn't give us anything positive. The sense of guilt simply encloses us in a masochistic circle that is getting tighter and tighter.

Very often the sense of guilt becomes so strong that it generates unpleasant physical sensations such as: pressure on the chest, stomach pains, severe headache and a feeling of weight on the shoulders. Add to this the recurring thoughts of self-reproach, aggression towards oneself and a strong agitation.

At the base of the sense of guilt are intertwined different forms of relating to oneself. For example, the majority of people who constantly experience guilt suffer from low self-esteem and do not believe they deserve the love and gratification that life offers them and for this reason they take advantage of every little mistake to self-punish themselves. On the other hand, there are people who are extremely perfectionists, for whom any mistake is a good excuse to constantly blame and criticize themselves.

These people have in common a rigid and polarized way of thinking. As if to say, they appreciate the world in black and white, things are good or bad. They do not know how to appreciate the infinity of shades that exist between these two colors because their way of thinking is too narrow or stereotyped. Finally, they are practically unable to analyze the positive and negative aspects of a situation as they have a tendency to tip the balance only in one direction.

Another essential aspect of understanding guilt is the breakdown it represents in our value system. In other words, we experience feelings of guilt when we do something that strays from the values ​​we have assumed as right and positive. We feel guilty when our behavior does not fall within our canons and, finally, we blame ourselves.

However, it should be pointed out that guilt manifests itself in several ways:

- Who feels guilty of everything that has happened, even when it is not his responsibility

Evidently, each of these expressions of guilt is negative and harmful to the person as responsibilities vanish and we would end up being unable to take the reins of our life.

Obviously, too often (especially when this exceeds the psychological tolerance limit) we feel overwhelmed by a sense of guilt. The problem itself does not depend on not feeling guilty (because we cannot do anything about this) but rather in knowing how to manage these feelings and deal with them in a positive perspective. To achieve this it is essential that we take a few steps:

1. Give up polarized thinking and assume a more flexible posture. In this regard, the best exercise is to think about the positive and negative aspects of every situation that we have to face on a daily basis. By appreciating the different facets of situations and behaviors, we will be able to realize that life is not only black and white but rich in nuances.

2. Finding the causes of guilt feelings by developing an inner dialogue. This inner dialogue (provided it is sincere) will reveal some irrational ideas of cause and effect. For example, the mother experiences feelings of guilt because she was at work while her son was the victim of a domestic accident while with the babysitter. Logic tells us that she had no way of imagining or avoiding the accident and that she is forced to work to support her family, which is why the guilt is totally unfounded. Very often the key to eliminating guilt lies in the ability to know how to divide the responsibilities by assuming the share that corresponds to us but without going further.

3. Plan for the future. Even if we take responsibility in a situation and make a mistake, it is more productive to look to the future and think about how to repair the damage. Guilt is never the solution because it locks us in the cage of immobility and pain.

Finally, I am pleased to end the reflection with a sentence taken from popular wisdom which refers directly to worry and which could be applied to feelings of guilt. It helps to simplify the sentiment we have to contend with on occasion:

add a comment of The sense of guilt: to intend it to eliminate it