The Scammer's Euphoria: Why Do People Deceive Others? 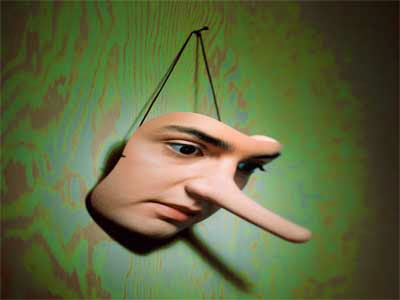 Cheating and deceiving is a behavior that society has always labeled as negative, so psychologists have always assumed that the person who behaves in this way feels remorse and a whole series of negative emotions that push him to take a more ethical.

But now a new study conducted at the University of Washington equates the act of lying and cheating with a "snort of cocaine." These psychologists believe that "crook's euphoria" releases as much adrenaline as extreme sports or any other potentially addictive activity.

The researchers designed three experiments to test their theory. The first included a cash reward to get people to solve crosswords. However, the experiment was designed in such a way that participants could cheat by having the ability to see the correct answers in advance.

As expected, over 40% of participants resorted to the scam. But the interesting thing happened after the test, when they were asked to report their emotions. At this point, the cheaters reported experiencing more positive feelings, such as satisfaction. They did not feel guilty about what they had done, but they exhibited behavior very similar to what can be seen in someone who has taken a stimulant.

Without thinking twice, the investigators prepared a second experiment, but this time they eliminated the economic factor; that is, there was no reward for which presumably there was no reason to cheat. Again, everything was designed so that people could cheat and nearly 70% of them did!

Once again, the cheaters reported more positive emotions, even if there was no reward at stake. In the third and final experiment, the researchers recruited 205 people and offered them the chance to win money if they solved crosswords. To eliminate the possibility of participants cheating without realizing it, they imposed on them a "code of honor" whereby everyone had to report that they had been honest in their responses. The surprising thing was that with this system, participants reported feelings of greater satisfaction after cheating.


What conclusions can we draw?

It seems that lying and cheating don't always generate negative feelings, quite the opposite. Because? While the researchers do not provide a precise explanation, one theory could be that the act of lying generates considerable activation of the central nervous system, such as
when we are throwing ourselves into the void from a great height. In this state, our prefrontal brain areas, which are usually the ones that deal with regulating our behavior, take a back seat. Therefore, what we perceive is an intense feeling of euphoria, at least during the early stages. Perhaps later, once the brain returns to its normal functioning, the person reflects on their behavior and may even repent.

add a comment of The Scammer's Euphoria: Why Do People Deceive Others?