The risks of power: dehumanization 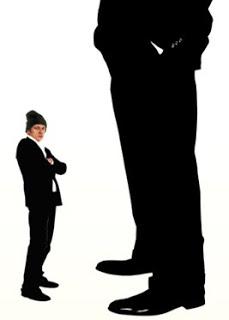 That the power hide certain dangers they know it in
many, that it acts like a drug and that it even comes to change for the good
measuring people is a reality. However, on this occasion we speak of a
new effect of power that explains why the people who exercise it can
live well with the apparently inhumane decisions they have to make. The study in question was carried out by researchers
del Tiburg Institute for Behavioral
Economics Research, of the University of Tilburg, and suggests that people
who have power tend to be less humane with other people with the goal
to be able to better address some measures that are obliged to
implement. The research was carried out involving 102 students who
they initially had to complete a test in which theirs was assessed sense
of power. Later, they had to read a literary fiction text
relative to a South American population called Aurelia ei
its inhabitants. A correlation was immediately evident; participants who
had scored high on the power test, they tended to
describe the inhabitants of this fictional country as not very civilized people e
very childish. Later the researchers primed with
some of the students, causing them to feel more powerful and asking them that
remembered and transcribed some facts in which they had exercised the
their power over other people. As you can imagine, those who were subjected
at the priming of the control they claimed that they would be able to transfer
the inhabitants of the town of Aurelia who lived in the most marginal neighborhoods, in
an undeveloped part of their country, even against their will. Finally, the researchers put the participants in one
role-playing situation in which the positions of: boss were recognized
surgeon, assistant surgeon and nurse. The task was to take
a decision relating to a 56-year-old fictional patient who showed a
certain level of abdominal growth. Curiously, while the higher was the rank of
power that the participant flaunted, he chose the most treatment
painful between the two existing options, but at the same time the most effective. However, this is not the first experiment in which
an attempt is made to relate power and dehumanization. For example, a
Stanford University Scholars Group,
New York, Northwestern and London
Business School, had already carried out in 2008 enough experiments
similar with identical results. Researchers say that treating people like
if they were objects it reduces the emotional impact given by the consequences of
decisions you make, making decision making easier. Probably
occupying a position of power prompts people to choose
more effective solutions (less expensive, faster and more likely to
success) as they think this is their job. Of course, the
dehumanization that power brings with it can be positive in some cases;
in others a little less, especially if the person loses the perspective of
level of damage and pain it can cause and does not consider aspects as much
as practical as the consequences from a human point of view.
Unwanted ideas: 5 tricks to eliminate them ❯

add a comment of The risks of power: dehumanization