The risks involved in repressing emotions 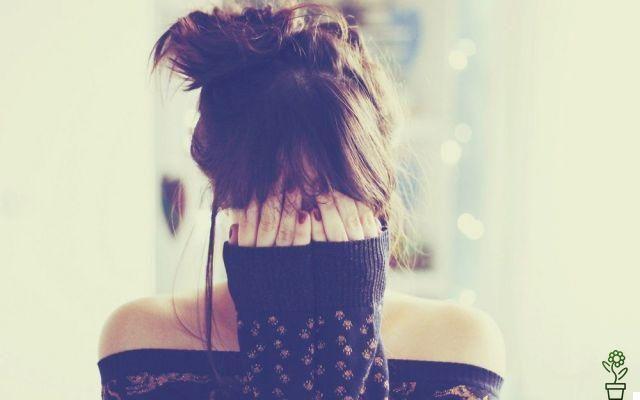 "Anyone who swallows too much eventually drowns," says an old Spanish proverb. Freud also warned us of the dangers of stifling feelings by saying: “Repressed emotions never die. They are buried alive and sooner or later they will come out in the worst way. "

In fact, sometimes popular wisdom finds support in science. In some cases, repressing our feelings and thoughts, out of fear of offending others or showing ourselves vulnerable, can end up causing harm to ourselves. The emotions that accumulate hurt us in silence, they become ghosts that damage our body and our mind.

If you don't express what you feel, you won't be able to defend yourself

If you do not express your discomfort, it is likely that the person who is hurting you is not fully aware of the consequences their words or attitudes have on you. Many times we hope that others will realize that they are crossing the line, that they can imagine our feelings and thoughts.

But those next to us are not seers and, even if it is true that they can intuit some things, at times they can be too absorbed in themselves to realize the negative impact of their words or their behavior. Therefore, it is up to us to point out that they are harming us. We need to find a balance between the times when it is wiser to be silent and when it is necessary to speak to defend our needs and protect our emotional balance.

Mind and body form a unity, so it is not surprising that repressed emotions and feelings end up expressing themselves through psychosomatic problems. A very interesting study conducted at the University of Aalto revealed how different emotions affect our body, generating different reactions. Contained anger, for example, has been associated with double the risk of suffering a heart attack, which is not strange because manifest anger is concentrated in the upper body.


It is also known that stress triggers the production of cortisol, a hormone that generates inflammatory processes that are very harmful to the cells of our body and are at the root of serious diseases such as cancer.

In fact, a classic study conducted at Stanford University revealed that people who have a tendency to repress their emotions, classified as "repressive personalities," react with greater physiological arousal to difficult situations than people with anxiety.

In general, people who tend to stifle their feelings are at a greater risk of their feelings coming to light in the form of psychosomatic symptoms, ranging from muscle tension and headaches to gastrointestinal problems, skin problems or more serious and complex illnesses. The calm given by the repression ends with a high bill in terms of health.

Emotional outlet: Expressing your feelings is the key to your well-being

Expressing emotions openly has been considered bad taste for a long time. In fact, as children we were taught that we shouldn't cry or get angry. As a result, many adults have never learned to manage their emotional states assertively, they simply repress them.

Neuroscientists at the University of Wisconsin have seen that the brains of those who have developed a "repressive personality" function relatively differently. In practice, annoying or disturbing messages take longer before moving from one hemisphere to another. But it does not happen the same with neutral or positive messages, which indicates that it is a learned reaction over time.

However, emotional release is the key to our psychological and physical well-being. Talking about how we feel or how others make us feel, without fear, will allow us to develop more mature and authentic interpersonal relationships, helping us to establish healthy boundaries.


How can this be done?

1. Be aware of your emotions and their cause. If a person has always repressed their emotions, they are likely to find it difficult to deepen them. But it's essential that you learn to identify what you feel, that you differentiate anger from resentment, for example, and be able to identify what makes you feel that way. It is a profound exercise in self-knowledge for which it is necessary to expand one's emotional vocabulary through this list of emotions and feelings.

2. Assume that everything has a limit. Limits are not negative, on the contrary, they allow other people to know how far they can go. If you don't put limits in your relationships, others are likely to eventually take advantage of your kindness or your ability to resist everything without saying anything, so that the rope will tense more and more. It is important that these limits ensure that your needs are met.

3. Saying what you think doesn't have to mean hurting others. Defending your rights does not involve harming others. You don't have to turn yourself into a truth kamikaze, but stoically enduring insane criticism and attacks from toxic people will only harm you. The ideal is to learn to say what you think and feel with respect to the other person, but from a firm position.

4. Look for an assertive way to let off steam. You can't always tell others how you feel. However, this doesn't mean you should be stifling emotions. You can bring them out using techniques like "the empty chair", where you imagine that the person you want to talk to is right in front of you. But you need to be careful, because Iowa State University psychologists have seen that some ways of venting emotions can have the opposite effect, making you feel worse. The key is to find a way to vent the emotions that allows you to recover the lost balance, allowing you to escape the control that those emotions exerted from your unconscious.

Selfies: What do they say about you? ❯

add a comment of The risks involved in repressing emotions