The psychological double tie: The more you complain about your problems, the more problems you will have 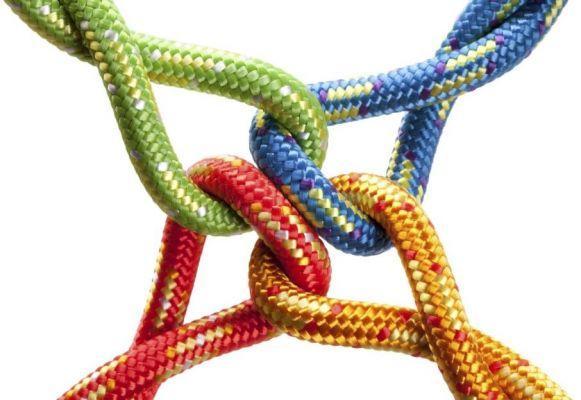 When an insect is trapped by the web, it panics. He moves with all his strength to try to escape, but those movements, which should free him, actually entangle him even more in the web and end up being fatal as they warn the spider of his presence.

That pattern is also repeated in our life. Sometimes we become prisoners of ourselves and, in trying to escape, we end up getting even more entangled in the web we have built around us. We create, without realizing it, dead ends, double psychological bonds that keep us trapped in a situation that damages us or causes discomfort.

What is the double psychological tie?

Alan Watts masterfully summed up the idea of ​​the double psychological tie: "create a problem by trying to solve it, grieve because one grieves and be afraid of fear".

We ourselves create a situation from which we cannot emerge victorious because every attempt to escape reinforces the problem or creates new obstacles. We think we are looking for escape routes, but in reality we do everything to hide them.

How does the psychological double tie work?

Complaints are a perfect example to understand how the double psychological tie works in our daily life. Complaining not only expresses a state of discontent, but also multiplies the difficulties because we focus only on the obstacles and negative consequences of the fact that we complain about.

Complaining is like putting on a black blindfold and wanting to see the colors of the world. By developing a negative panorama of what happened, we prevent ourselves from finding the solution because our mind turns into a factory of problems. When we cling to complaints, everything that went wrong and what can go wrong, we condemn ourselves to immobility.


Complaints mean that, to the problem, we must also add a problem of attitude in the face of circumstances, in addition to the mental negativity that prevents us from finding solutions. For this reason, complaining creates a dead end, a double psychological tie.

Of course, there are many other situations in everyday life where we tie our hands and feet.

Such is the case with recurring negative thoughts, for example. When we want to remove an unwanted thought from our mind, trying to stop thinking about it activates a hypervigilance mechanism that further reinforces that thought. It is a battle lost in advance because we fall into the trap we set for ourselves. The more you try to stop thinking about pink elephants, the more you will think about them.

Whenever we worry about worrying, fear anxiety or get depressed because we are sad, we are creating a situation that is impossible for us to get out of because we cannot solve a problem with the same mindset it was created with.

How to undo the double psychological knot?

The key, or at least one of them, is found in non-action or the Wu-Wei principle; that is, let everything take its natural course. If you don't try to remove a thought from your mind, it will sooner or later disappear on its own because the natural course of the mind involves jumping from one thought to another without clinging to anyone in particular.

A study conducted at the University of Wisconsin found that people who actively try to suppress unwanted thoughts end up more stressed by the same thoughts they want to eliminate. Conversely, those who naturally accept these intrusive thoughts are less obsessed with them and, as a result, suffer less anxiety and have lower levels of depression.

Another more recent study conducted at the University of Toronto revealed that the same principle applies to affective states. Accepting negative emotions reduces their intensity, allowing us to turn the page faster and suffer less.


Therefore, if you don't feed fear of fear, worry about worry, or sadness about sadness, those emotions will eventually disappear, like clouds swept by the wind. It is about developing radical acceptance, assuming an attitude of mental detachment in which we separate from the mentality that created the problem, to solve it.

A poem by Seng-ts'an called "A Treatise on Faith in the Mind" is particularly revealing for getting rid of the psychological double bind:

“The wise person does not strive;

If you work with your mind on your mind,

How can you avoid an immense confusion? "

The future: where is it headed? ❯

add a comment of The psychological double tie: The more you complain about your problems, the more problems you will have