The properties of stevia 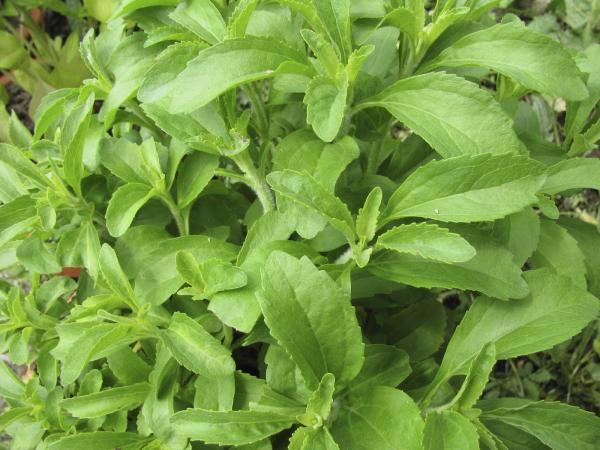 The use of stevia and its derivatives has been admitted by the European Union (EU Regulation No. 1131/2011 of the Commission of 11 November 2011). In the country, starting from that date, the go-ahead was also given to its marketing.

Here, therefore, appears in the windows of herbalists, pharmacies or in online shops the new green leaf, also internationally called sweetleaf o sugarleaf, in the form of any type of sweetening product. But what are the properties of stevia? How much do we know about this shrub?

The properties of stevia

First of all it is a small perennial plant, which belongs to the Compositae or Asteraceae family, comes from South America and has an enormous sweetening capacity. The active ingredients are it stevioside, rebaudioside A, rebaudioside C, dulcoside A.

The sweetening active ingredients are mainly extracted from the dried and dehydrated leaves. Depending on the method of use, it can be more or less sweet: stevia can be consumed both in fresh leaves and also in powder form, in the form of dehydrated extract, a white powder, or liquid concentrate.


Stevia or other sweeteners?

Stevia therefore represents a new way to sweeten drinks and foods. Among the various more or less natural possibilities to cheer the palate, we can include, as sweeteners already on the market, the various types of malt and syrups, concentrated agave, grape or apple juice, honey, molasses, maple syrup o l'amasake.

Miracle fruit is also a natural sweetener because it contains miraculin that acts on the taste receptors by transforming the taste of any food eaten into sweet after its intake within an hour, however bitter or acid it may be.

However, stevia, unlike sugar or other sweeteners, has the advantage of not possess any calories, not to raise the blood glucose level and that it can also be used at high temperatures, therefore also being an excellent ingredient in the preparation of cakes and desserts, as well as for sweetening hot and cold drinks. Furthermore, stevia, having no sugar, does not contribute to the formation of plaque and dental caries.

Putting a small fresh stevia leaf in the mouth, after a few moments, a very strong and pleasant sweet sensation is felt on the palate, what remains at the end is a very slight aftertaste of licorice.

Stevia is also a medicine

The first attestations of use of this plant date back to the South American curanderos and to the Guaranì indigenous people who called it He'é car (sweet herb) and used it both to sweeten the bitter tea of ​​Paraguay, the well-known matt, than to chew it or to make compresses on the skin. The properties of stevia soon spread throughout South America.


In medicine, stevia is also used today, especially for those suffering from blood sugar, for skin care (effective against acne, dehydration, wrinkles and skin blemishes) and in the treatment of hypertension.

Due to its properties, stevia can also be effective in dealing with diabetes, overweight and other similar ailments associated with the consumption of sugars. There are contraindications to stevia? There really don't seem to be many.

If stevia is taken in much higher doses than those used for sweetening, it can be because of hypotension or hypoglycemia.

All books on the properties of stevia