The prodigious memory of musicians: What does it depend on? 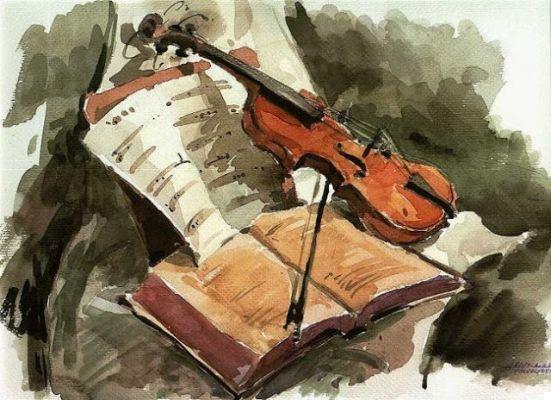 If any of you have had the pleasure of attending a symphonic concert, you will have noticed that the soloists usually interpret the entire pieces, some lasting well over 20 minutes, and all by heart: hundreds of notes, all perfectly intoned and coupled. Clearly, some musicians have an exceptional memory for the songs they play. So… does the ability to remember hundreds of songs require some kind of special memory? Most studies claim that musicians have a better memory for words than people outside the music world while other research claims that musicians have no special ability to remember information. What is the truth? A research group ofUniversity del Manitoba in Canada examined 36 students, of whom 15 had an average age of 11,5 years and had studied piano for at least a year. Two tests were carried out. In the first, the students listened to a list of 16 words chosen from different semantic categories. The list was presented to them five times, after each repetition the young people had to try to remember as many words as possible. They were then presented with another list with 16 different words that would act as an interferer in relation to the previous information. Then they were asked to try to remember the original 16 words. In a subsequent step the young people were subjected to a visual test that entertained them for 20 minutes and later they were asked to remember, once again, the 16 original words but this time the memory would be obtained in two different ways: in free form. or through a multiple choice test. The musicians scored the highest in all tests showing that they had a better memory for words than the rest of the experiment participants, however ... they not only had better verbal but also spatial memory, as they were later presented instead. what words, 15 arrows located in different positions. In this case the musicians were able to more faithfully draw the position of the arrows. Obviously, the researchers paid particular attention to the strategies these young people used to improve their memory: 1. Normal people tried to remember words without using any particular organization or strategy while musicians tried to group words into similar and general categories that they facilitated their memorization and subsequent retrieval. 2. When working with images, normal people tried to describe arrows with words, for example: "arrow turned 30 degrees to the right" while musicians did not attempt to describe or verbalize them but stored them in the form of images. Thus, musicians from an early age, and thanks to the musical training they receive, use different mnemonic strategies that allow them to group notes, words, images; seemingly random within inclusive and more general categories.

Half of the people remember events that never happened ❯

add a comment of The prodigious memory of musicians: What does it depend on?