The problems that instantaneity entails 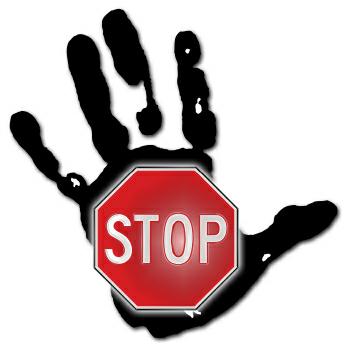 Our company is
increasingly frenetic and lately prefers continuous change. According to
Zygmunt Bauman, in our era everything around us takes on dimensions
liquid, in the sense that living conditions are constantly changing
preventing behaviors from consolidating. The company is spinning fast and
before we can take anything for certain, this has already been
modified. Thus, the skill most needed in our day is the
knowing how to be sufficiently veloci
to adapt to new circumstances. It is as if in a certain way on the level
society had replaced the fear of change with the fear of
stagnation.

But these ideas do
express better in the words of Paul Valéry: "The interruption, the incoherence, the surprise, are the usual conditions
of our life. For many they have even turned into real needs,
since their minds feed solely on instantaneous changes and
permanently renewed stimuli. We no longer tolerate anything lasting. Do not
we know more what to do to make boredom bear fruit. " And it is certain that instantaneity
it not only gives immediate satisfaction, here and now, but it also produces the
immediate disappearance of interest. A very example
curious related to theinstantaneity
and the compromise is found in the book “Modernity
liquid ”, in which it is said that Richard Sennet dedicated himself for a
period to observe some of the most powerful people in the world, with the goal
to know the reasons that allowed them to remain active e
productive and devote yourself to new projects. The results were surprising too
for Sennet himself. The personality of
Bill Gates was one of the most emblematic products of the era of instantaneity.
Because? Sennet states that Bill Gates “It looks like
free from the obsession with grasping at things. Its products appear with
an impressive speed and disappear with the same speed. " Obviously this
it is not entirely negative since the ease with which it is not compromised
with none of his work is what he allows Bill Gates to always start
new paths, and finally you won't spend too much time in any of these.
This opens the door to a world of possibilities where it is possible
making a mistake, where, however, it is also possible to choose a different path. In this way, instantaneity
and the lack of compromise on the one hand are positive, because they allow us to
open ourselves to an infinite number of possible paths and at the same time help us to
eliminate the fear of failure: in the end we will always be able to choose another
path. But this attitude also includes some risks that we will have to take
into consideration to understand if we are willing to run them at the appropriate time.
The most important risk, at least from my point of view, is exactly there
lack of compromise with what we are doing. Compromise makes us
feeling tied (not chained) to some goals gives a different meaning to them
and makes us work with greater commitment, motivation and love. These feelings,
obviously, they can be disconnected from work or any task that
we decide to undertake, but… do we really want it to be like this? But perhaps these
relfessions are none other than the fruit of the romantic vision of the one who
continues to feel connected to the old way of doing things, in which one
you have to compromise to love deeply the projects in which you decide to
launch.
Problems are not solved, they are overcome ❯

add a comment from The problems that instantaneity entails