The prejudices that affect us, how are paradigms formed? 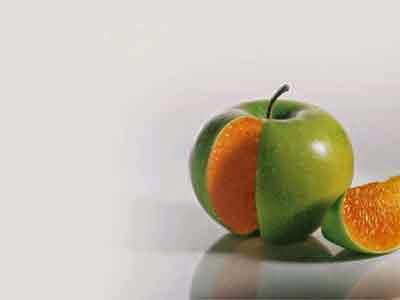 Albert Einstein once said that "it is easier to disintegrate an atom than a prejudice." And it is true, above all because very often we are not aware of the prejudice in question, but this determines our attitudes and behaviors. Because?

Prejudices, beliefs and customs are part of our worldview, a paradigm through which we analyze different situations and respond to them. Paradigms tend to have social relevance; that is, they contain the experiences, beliefs and values ​​shared by a particular group.

Obviously, once established it is quite difficult to achieve a paradigm shift, because it is a stable system of values ​​and thoughts built over years or even decades. Each paradigm is a set of customs that the person should follow if he wishes to be accepted within a certain group. Often these customs are not explained or justified, but are simply handed down from generation to generation, and many follow them without understanding why. When asked about the origin and reason of the behavior, they simply say that "this has always been done".

In fact, the paradigm is often a "straitjacket" so tight that most people don't even wonder if things could be done any other way.

The origin of the paradigm

Many of the customs we keep today date back to several centuries ago, when they actually had a meaning. At the time, these behaviors had their own logic and responded to current thinking. Let's take bullfighting as an example. It all goes back to ancient Rome, when bulls were released in the arenas so that a person belonging to a noble family could show his courage and skill as a hunter.

A bull was chosen because it was the animal that was normally sacrificed to appease the gods, long before the Catholic religion was imposed, of course. In addition, these shows also served to entertain the population and prevent riots, and therefore had a dual purpose: religious and political.


This tradition was exported to ancient Hispania (current Spain), where the passion for bullfighting was strengthened. Today the reasons that originated this entertainment no longer exist and this activity does not correspond at all to the values ​​that found a large part of our society, but many people still cling to tradition, without even knowing how it originated.

Why does the paradigm remain?

First, the paradigm is maintained because the group acts as a repressive agent. That is, the people around us follow traditions and impose some implicit rules so that if someone does not follow them, they are isolated. And since most people find it difficult to disown the group, especially if it is important (such as family, group of friends, favorite team, religious faith, a political party, etc.), they prefer to adapt to the group. paradigm and follow the imposed customs.

A curious experiment carried out in the past explains how a paradigm is born. You must know that some years ago some primates were taken, so they were placed in a cage inside which was a wooden ladder and hung high above it was a bunch of bananas. When one of the monkeys climbed the ladder to reach the bananas, the others on the ground received a freezing shower.

After several freezing showers, the monkeys on the ground began to get nervous, and from that moment on the first of them who even dared to climb the ladder was attacked by the others who beat her heavily, and this was a warning to all the others. . At this point the researchers replaced the battered monkey with a new one, which obviously knew nothing, and tried to climb the ladder immediately receiving a lot of beating from the others before the cold shower came on them.


After a while, when all the monkeys were replaced one after the other and therefore knew nothing of how the story began, every time a new monkey was introduced and it approached the ladder it was attacked by all the others, who but they didn't know why. Simply, each newcomer would repeat what she had seen everyone else in the group do. Thus a paradigm was born.

The moral of the story is that: it doesn't always make sense to do things as they have always been done.

The great social changes occurred when a particular group found the courage to challenge the prevailing paradigm by proposing a new model, when they had the courage to go beyond habits. However, on a personal level, it's also important to look within and ask yourself if that tradition, habit or way of understanding the world really makes sense.

Some questions that will guide you:

- Does your worldview make you happy?

- Is your vision of life yours or was it imposed on you by those around you?

- Stereotypes and prejudices often cause you problems or limit your
your potential?

- Is this behavior really effective?

Always remember that sometimes, in order to move forward, you need to stop, go back and change some things.

add a comment of The prejudices that affect us, how are paradigms formed?