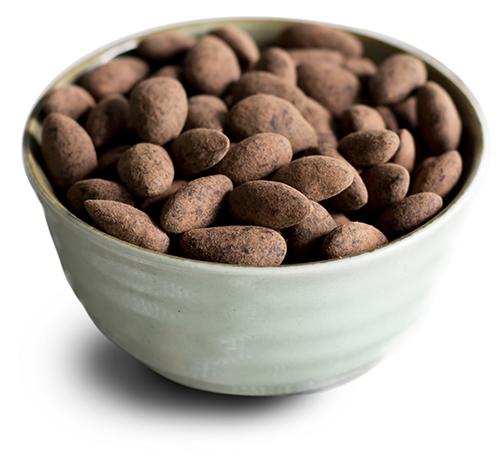 La plant of cocoa, native to the equatorial forests of the Amazon, it has a very broad trunk at the base and can even exceed 12 meters in height; its flowers give way to fruits similar to large almonds. Once the white and sticky pulp has been removed, the seeds are left to ferment and, after washing to remove pulp residues, they are dried in the sun or artificially. Afterwards, the process involves roasting and shelling, then the cocoa is dissolved with soda to eliminate the acids.

Il cocoa butter it is obtained by grinding and hot pressing of the dried cocoa mass.

For chocolate pure we mean the exclusive presence of cocoa butter which melts at 37 ° C. Based on the cocoa and cocoa butter content, chocolate can be classified as follows:


The clones and the tsunami vs cocoa

According to Aztec legend, the plant was donated by gave Quetzalcoatl to give vigor and strength to human beings. Cocoa beans were so valuable that they were used as money. The risk nowadays is extinction in the face of the invasion of cloned cocoa. Much of the cocoa on the market is contaminated with chemicals. The cloned cocoa variety is often the CCN-51 (Castro Naranjal Collection). It is a genetically modified plant (sequence of 51 clones) which has a much higher annual yield.

Some associations of local organic products try to put up resistance in defense of the health, biodiversity and working conditions of farmers.

Other cases that put cocoa production in difficulty are linked to catastrophic climatic events. This is the case of the tsunami that in Sri Lanka in December 2004 wiped out the plantations located on the hills near the sea and damaged the dry cocoa warehouses located near the beaches. Piedmont intervened to finance an aid project to save cocoa in the same year as the disaster.


Demand increases in the face of falling production.

According to data from the World Cocoa Foundation, production is in crisis. After a 2010-2011 growth of 17%, 2011 million metric tons of cocoa were cultivated in 2012-3,98, down by 5% compared to the previous period. The sector involves 5,5 million workers worldwide, of which only 10% work in crops that have obtained sustainability certificates.

The possible direction to reverse this trend and help chocolate (which in turn helps the heart, the body as a whole, increasing physical endurance and improving mood and memory) is investing in research, development and training funds for the workers involved.