The people around you control your mind 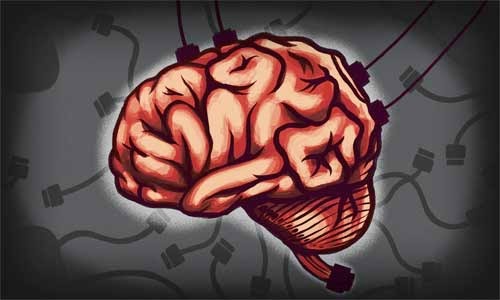 Every day we make hundreds of decisions, some are so trivial that we don't even realize them. Normally, we think we have made a conscious and rational decision, taking into account our needs and desires, but in truth, the decision-making process is mediated by multiple factors, many of which are beyond our consciousness.

The mere fact of having a person next to us, even if it is a complete stranger, affects our decision. Others exert incredible power over us, even if we're not always willing to admit it. The behaviors of others, even when they have nothing to do with us, or at least do not concern us directly, can manipulate our minds.

A study conducted at Stanford University analyzed the databases of various airlines and found that if someone buys something next to us on the plane, we are 30% more likely to buy something too. It is the subtle pressure exerted by others that pushes us to do certain things.

During the study, these psychologists analyzed about 1.966 flights on which more than 257.000 passengers traveled, of which 65.525 bought something on board. After analyzing the data, these researchers found that if someone sitting next to us buys a snack or a movie, we are more likely to imitate them.

On average, people who board a plane tend to spend only 15% of their time buying something. But if someone sitting next to us buys a product, the chances of us doing so double. This is a huge increase, especially when you consider that nothing has changed.

The experiment of advertising flyers

Of course, this is not the only experiment that demonstrates the influence of people on our behavior and our decisions, even in the case of strangers. For example, researchers from UCLA and the University of Pennsylvania have decided to distribute some advertising flyers among students.

In the flyers students were invited to participate in an open class, in some of them it was said that the whole class would know who had registered while in the others it was emphasized that the registration would remain secret.

The results leave no doubt: among those who read the flyer that said that everyone would know the name of who had signed up, they had 25% more registrations. This means that these people felt judged and acted motivated by social pressure or a desire for social recognition.

How do people affect our behavior?

Social pressure, also known as peer pressure, refers to the influence of others in our attitudes, values ​​and behaviors, to make us accept group norms.

In theory, peer pressure works in the following way: harmony is broken when we are faced with the threat of external conflict (i.e. social rejection) for not conforming to group norms. So, we change our behavior and adapt ourselves by eliminating the external conflict, but curiously as we do it creates an internal conflict, because we realize that we have violated our own rules. To free ourselves from this internal conflict (self-rejection), we carry out a "change of identity" through which we adopt the rules of the group, as if they were our own, thus eliminating both conflicts and restoring harmony.

Even more curiously, an experiment conducted at Emory University found through the use of functional neuroimaging techniques that the areas involved in this process are the anterior insular cortex and the anterior cingulate gyrus. Both areas are related to the physiological activation that occurs as a result of negative emotions. Therefore, neuroscientists believe that social pressure generates a state of anxiety and a sense of discomfort on a physical level, which we try to calm by changing our behavior to adapt it to that of others.

People don't change because we insist on criticizing them ❯

add a comment from The people around you control your mind