The most commonly used anxiety medications 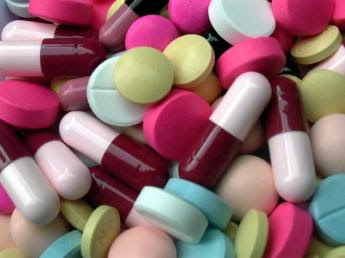 Medicines have always been a quick and effective option to eliminate a health problem, but this does not mean that they represent the best alternative of all, let alone the only one. In the case of mental disorders such as depression, anxiety or phobias, medicines help reduce the intensity of the symptoms but do not eliminate the root problem. Thus, one of the most common complaints of those who use anxiety drugs is that as soon as they stop taking them, the symptoms return again and sometimes with greater intensity than before.

But even so, it is certain that the use of anxiolytics has increased exponentially over the past decade, both in Europe and in the US. For this reason, it is never wrong to delve into how popular anxiety medications work.

Some of the most common anxiety medications

Not all drugs to treat anxiety are the same, nor are they used to treat the same symptoms. In fact, some have many contraindications while others are "lighter". Below we list the most common anxiolytic drugs:

These are the most used drugs in the treatment of anxiety, as they are the first choice for the family doctor or psychiatrist. The reason is very simple: SSRIs have been shown to be very effective in treating anxiety, they are not addictive, they do not cause memory problems, they do not interfere with psychotherapy as they do not affect the waking state and have few side effects (when these the latter occur generally disappear in the first week).

However, a minority of patients have reported decreased libido and sexual pleasure so that they are also used in the treatment of premature ejaculation. Another downside is that they must be taken for 4 to 6 weeks before reaching maximum efficacy, and some SSRIs can cause annoying withdrawal symptoms if stopped abruptly. In the case of people suffering from bipolar disorder, SSRIs can trigger a manic episode and for this reason they are prescribed together with some mood stabilizers. There is also evidence that SSRIs may increase the risk of suicide among younger patients.

Broadly speaking, these anxiety drugs work by increasing the signals, at the neuronal level, that use serotonin. Among the most common SSRIs are: Prozac (fluoxetine), Celexa (citalopram), Lexapro (escitalopram), Zoloft (setralina), Paxil (paroxetine) and Luvox (fluvoxamine).

Basically these anxiety medications perform the same function as SSRIs but also affect norepinephrine levels. When used in the treatment of anxiety, the benefits and side effects are essentially the same as SSRIs and, like these, must be taken for 4 to 6 weeks for maximum benefit. Currently available SNRIs are: Effexor (venlafaxine), Cymbalta (duloxetine) and Pristiq (desvenlafaxine).

This class of anxiolytics includes some well-known drugs for anxiety such as Valium (diazepam), Xanax (alprazolam), Klonopin (clonazepam) and Ativan (lorazepam). Although benzodiazepines are prescribed very frequently to treat symptoms of anxiety,
they are no longer considered a staple treatment, as although they ease anxiety quickly, they tend to cause problems if consumed for a long time.

Benzodiazepines cause intolerance; it means that over time it will be necessary to increase the dose to achieve the same effect. They have also been associated with a particularly strong withdrawal syndrome which can also cause seizures, not to mention these drugs
are addictive.

Benzodiazepines also inhibit the formation of new memories, which can have a negative impact on psychotherapy. Furthermore, these medicines can be fatal when combined with alcohol or opiates.

However, when used properly, benzodiazepines can play an important role in treating anxiety. For example, they are sometimes used in conjunction with one
of SSRIs to accelerate treatment during the first few weeks of treatment, before it has reached its maximum effectiveness.

It is a medicine used in the treatment of anxiety. Like SSRIs, buspirone acts on a level
neuronal on serotonin levels but unlike these, which increase the amount of serotonin available for all receptors, buspirone acts only on a specific subtype of serotonin receptor. An advantage of this selectivity is that buspirone does not cause side effects
sex associated with SSRIs. Like the former, buspirone also needs 4 or 6 weeks to have maximum effectiveness.

As with benzodiazepines, the effects of hydroxyzine occur rapidly but unlike them, hydroxyzine does not generate addiction and memory impairment. The more secondary effect
important of hydroxyzine is the sedating one, but this tends to decrease with time. Hydroxyzine fights anxiety basically by acting as a histamine receptor blocker.

It is a medicine that is mainly used in the treatment of seizures and neuropathic pain, but it is also frequently used to treat anxiety. Like hydroxyzine
gabapentin works quickly and without giving the problems associated with benzodiazepines. Either way, it can cause withdrawal syndrome and some people experience a significant one
drowsiness. Like SSRIs, gapapentin was associated with an increase
the risk of suicide.

Due to its name beginning with "gaba" it is mistakenly believed to act directly on neurons that use a chemical called GABA to communicate with each other. However, the mechanism
The exact action of gabapentin is currently unknown, although it is assumed to affect calcium transfer across the cell membrane.

Of course, there are many other drugs to treat anxiety, as this is not a complete list, and
psychiatrists are free to use the most appropriate drug according to the patient's characteristics. However, we must remember that Cognitive Behavioral Therapy has also shown its effectiveness in curing anxiety and is considered the first option among all possible treatments. The main benefit of psychotherapy is that its benefits resist the passage of time and it has no side effects.

Gestures: When the hands speak for you ❯

add a comment of The most commonly used anxiety medications