The more you worry about making the "right" decision, the more miserable you will feel with what you decide 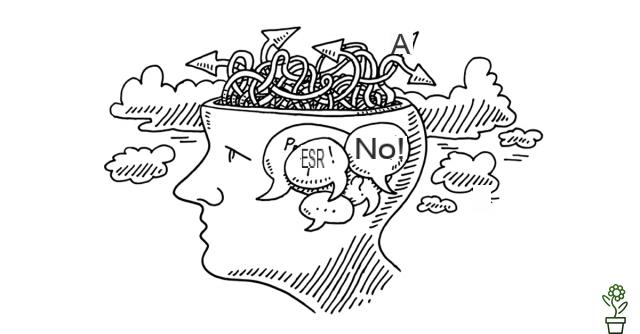 Did you know that we make an average of 35.000 decisions every day? 99,74% of these are taken from our unconscious, so we don't even realize we're making a decision. But the remaining 0,26%, the decisions we reflect on, are more than enough to give us headaches, stress and anguish.

When it comes to consciously choosing between different options we don't want to be wrong, we want to make the right decision. But this concern for the "right" turns decision making into something stressful and increases the likelihood of feeling miserable after making the decision, whatever it is. In practice, the more we worry about making the right decision, the less right what we have decided will seem to us and the more dissatisfied we will be.

How do you make your decisions? You focus on analysis or action

A recent study conducted at Columbia University analyzed the stress generated by decision making. In this way, the researchers found that making decisions is only stressful when we are overly concerned about making the right decision. Although the most curious thing is that some people are more likely to develop this type of worry.

The researchers presented participants with a series of tasks in which they had to make a decision, such as buying a Christmas present for a friend and prioritizing five daily activities. They were also asked to recall how they made the most important decisions in planning their wedding or how they decided who to vote for in the last election. Finally, they were asked to indicate how they felt during the decision-making process and how satisfied they felt with the decisions they made.

Thus they discovered that each person follows a different path for making decisions, although in a general sense there were two different decision-making styles.

- Action-oriented decision making. This decision-making style is based on movement and change. These people make their decisions quickly and act accordingly. They don't get stuck in the thought process, but they make a decision and explore the path, knowing that if it doesn't work, they can change it. While people who focus on analytics are so worried about choosing correctly that they are paralyzed, those who are action oriented are already halfway there.

Which decision making style is better?

Researchers say that when it comes to day-to-day decisions, such as choosing a menu or buying a T-shirt, it's better to focus on the action because you finish earlier and are more likely to be satisfied with your decision.

Evaluation-based decision making should be limited to those decisions that carry a high risk, such as a financial investment or those that alter the course of our life. But we must be careful not to get stuck in the analysis phase because the inclination to the evaluative decision-making style predisposes us to the anguish generated by the decision-making process.

Evaluating so many choices, worrying excessively about making the "right" decision causes enormous mental and emotional exhaustion, as well as paralyzing us in the decision-making process, so life or others will decide for us. Ruminating on the problem generates what is known as overthinking and does not guarantee that we will make the "best" decision, simply because it does not exist.


In fact, those who think too much before making a decision often stop to mull over the different discarded options and this causes them dissatisfaction and unhappiness. How can you avoid it?

Love poems: saying I love you in a conscious way ❯

add a comment of The more you worry about making the "right" decision, the more miserable you will feel with what you decide