The metabolic cardiology of Dr. Sinatra 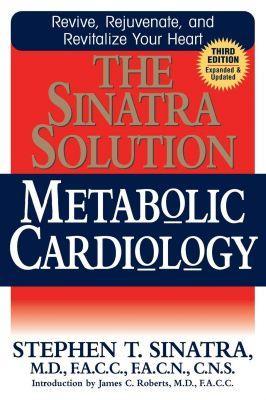 La metabolic cardiology addresses the problem of heart weakness focusing the therapeutic response on production of vital energy. The pathology of the heart that is, it is interpreted simply as a 'lack or lack of energy, i.e. of ATP produced by the mitochondria.

Clinical intervention, therefore, is oriented towards strengthening of the energy and respiratory functions of the mitochondria to improve the oxygenation of the blood flow, but it also intervenes on the acceleration of the rhythm with which the cells convert the nutrients introduced with food into energy, ATP. If there is not enough ATP, many metabolic functions go into crisis.

In order for the mitochondria to transform theenergy contained in food in a form that the body can use (i.e. ATP and nicotinamide-adenine-dinucleotide NAD) some series of reactions are required: proteins, fats and carbohydrates must be converted to the acetyl group to be able to enter. For this operation, and for an efficient Krebs cycle, you need enzymes that are produced by different vitamins, minerals, fatty acids and amino acids.

The well-known American cardiologist Stephen T. Sinatra has developed over the years a vitamin-like protocol that is able to reactivate the metabolic functionality of the mitochondria and their correct energy production. To do this, he uses some natural substances such as coenzyme Q10, L-carnitine, D-ribose and magnesium.


Let's see in detail what these "fantastic four" Sinatra talks about.

Surely a fundamental therapeutic role in this therapy is played by the first element, namely the coenzyme Q10, of which researchers are discovering infinite healing virtues in various fields.

Coenzyme Q10 is a vitamin-like lipid compound (also called vitamin Q). It is active precisely in the mitochondria of the cells where it is involved, with a function of transport of electrons, in the production of energy through ATP. It is a powerful antioxidant that protects against free radicals. It is also called ubiquinone precisely because it is present in all cells of the body (ubiquitous distribution).

In nature, coenzyme Q10 is found in various foods such as meat, fish, nuts, spinach, whole grains, soy, wheat germ, oils etc. and it is also synthesized by all the cells of the organism itself, but less and less as we get older. There may also be a shortage of this element due to malnutrition, use of drugs, chronic diseases, etc.

La L-carnitine is the second nutrient used by Sinatra and is a amino acid derivative used by the cell to transport nutrients such as medium and long chain fatty acids across the inner mitochondrial membrane to produce energy in the form of ATP. It is also used to detoxify mitochondria and make oxidative metabolism more efficient.

L-carnitine is mainly contained in foods of animal origin such as meat and dairy products. Other foods that contain it are tempeh, avocado, pears, apples, tomatoes, rice, mushrooms etc.


It is also synthesized in the liver and kidneys from two essential amino acids (lysine and methionine) in the presence of vitamin C, vitamin B6 and iron.

Deficiencies can be due to a strict vegan diet or malnutrition and also heart disease, chronic fatigue syndrome etc.

Il D-ribosio instead it is one natural sugar to five carbon atoms (pentose) which is found in all living cells and is part of complex structures such as ribonucleic acid and adenosine triphosphate itself. Ribose is the substance used by cells, including those of the heart and skeletal muscles, to preserve and synthesize new energy compounds (adenine nucleotides).

Esso it forms naturally through a series of slow and energy-intensive biochemical reactions. In supplementary doses ribose is useful for replenishing the body's energy reserves, exhausted for some reason.

Ribose is a carbohydrate but there is no food in nature that contains it directly. It is usually present only in small quantities not readily available to be physiologically relevant in some foods such as lemons meat bitchy. To produce a greater quantity, however, you can take those foods that contain riboflavin (Vitamin B2) which is a precursor of ribose itself (cereals, spirulina, brewer's yeast etc.).

It comes anyway produced by our body which synthesizes it from glucose. There is no real lack of D-ribose, but a slowness of synthesis with respect to the needs of the organism, due to heart disease, poor cellular oxygenation, etc. The recourse to the integration of already synthesized D-ribose allows you to quickly replenish the ATP stocks you need.


Finally, magnesium is a mineral that is found in small quantities in all human tissues. It is the second most common intracellular cation (positively charged ion) in the human body, second only to potassium. It is a decisive cofactor for all biochemical reactions involving ATP. In medicine it is also known to improve cell regeneration, increases tissue elasticity, acts against oxidation and acidification, promotes elimination processes and dissolves inappropriate soft tissue calcifications and is of primary importance in the treatment of cardiovascular diseases.

Magnesium deficiencies are quite documented also because the foods grown today contain proportionally much less than a few decades ago due to the impoverishment of the soils.

Studies that substantiate this orthomolecular therapy are now many and recognized. In the cardiology departments of some US hospitals, the protocol based on these vitamin-like drugs has been a reality for several years. Also why use adequate amounts of antioxidants, like those mentioned above, it also allows to reduce the oxidation of cholesterol and consequent damage to the arteries. Not to mention that antioxidants also allow the disposal of heavy metals and other environmental toxins that harm the cardiovascular system.

But if the heart is undoubtedly the organ among all that is most sensitive to oxidative stress, certainly is not the only one. In fact, with this therapeutic system, remarkable results can also be obtained in the case of other diseases related to mitochondrial respiration such as syndrome X, fibromyalgia, chronic fatigue syndrome, diabetes, insulin resistance, etc.

It has been shown that mitochondrial insufficiency can also result from a state of stress. If an individual spends energy faster than he can produce it, a metabolic situation is created that leads to deferred fatigue.

The American doctor Sarah Myhill, which deals with syndrome from fatigue chronic for years, defined by her as "low-output heart failure secondary to mitochondrial insufficiency", states that "if we think of glucose and the short chain of fatty acids as the engine fuel, acetyl-L-carnitine and coenzyme Q10 are the oil and magnesium is the candle! ».

Use these orthomolecular remedies it has proved to be of superior efficacy to conventional cardiological and immune therapies which indeed prevent the correct mitochondrial metabolism and ATP production.

Unfortunately, for the various reasons mentioned at the beginning, these new discoveries and clinical practices in the field of cardiology (and not only) are still quite unknown in our hospitals and outpatient clinics. They do offer great however hopes to heart patients and they offer them a significant improvement in quality and life expectancy compared to traditional pharmacological therapies.

As always in medicine, the strength lies in tracing as much as possible to the causes of a disease without stopping at the symptoms. And in this case it seems that the goal, at least on a physiological level, has been achieved.

The fundamentals of Sinatra therapy

L-carnitine: it is mainly contained in foods of animal origin such as meat and dairy products. Other foods that contain it are tempeh, avocado, pears, apples, tomatoes, rice, mushrooms.

D-ribose: to produce a greater quantity, however, you can take those foods that contain riboflavin (vitamin B2) which is a precursor of ribose itself (cereals, spirulina, brewer's yeast, etc.).

Audio Video The metabolic cardiology of Dr. Sinatra
Aronia berries, the superfood becomes Made in the country ❯

add a comment of The metabolic cardiology of Dr. Sinatra