The mania for complaining about everything 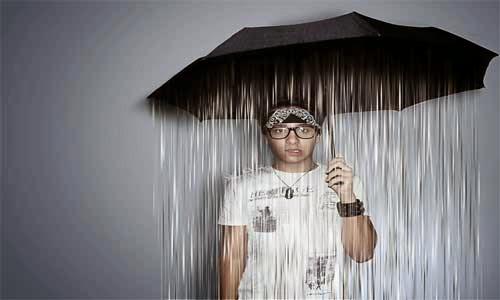 You will probably know some people who complain constantly, when it rains and when it is sunny, about being too cold or too hot, when they are alone or in company. These are people who are never satisfied and find the most daring excuses to always complain, reasons that would make Kafka's fertile imagination pale.In my family, where no one complains but all resist stoically until the final blow of bad luck, complaining is synonymous with severe shortsightedness towards the problems of others, ingratitude towards life and a useless waste of time.

But since we cannot normally say these things in the face of all those people who have the habit of complaining about everything, we have no other remedy than to run away as soon as we meet one of these people or to listen to the endless rosary of his. complaints nodding his head and hoping it will end soon.

In fact, there are a thousand reasons why complaining is useless, demonstrating that complaints are as useless as Indian dance to attract rain. So why do so many people have the mania to complain about everything?

The first reason is obvious: they are deeply dissatisfied. These people do not complain about the rain or the stifling heat, the loneliness or the rudeness of the employee on duty, but complain about their life, the deep emptiness they feel and the lack of meaning that isolates them. A person who complains is a dissatisfied person, someone who has not encountered reasons that give a flavor to his life.

The second reason is habit. In fact, complaining is often inherited from parents. These people assume that complaints should be part of their conversations and have no idea of ​​doing without them. In some cases, the habit of complaining is so strong that if they don't, they won't know how to break the ice or what to talk about.


The third reason is a deep self-centeredness underpinned by a lack of empathy. These people take it for granted that they deserve more than others, and when they don't, they complain. They cannot put themselves in the place of others to understand their reasons, because their self-centeredness makes it impossible. For these people, it rains because the universe is against them, and they go into crisis because God (who has nothing else better to do) has decided to thwart their plans.

Why are complaints not a solution?

1. Complaints cause immobility. People can moan as much as they want, but the truth is, crying over spilled milk won't do them much good. Complaining means taking on the role of a victim, it means releasing the responsibility of control by attributing it to an external entity, it involves remaining motionless on the side of the road, complaining about what happened while the people around them, who may have experienced the same situation, they recompose themselves and continue the journey.

2. Complaints are a black hole in which energy is dispersed. Complaining about past mistakes, missed opportunities or present problems is a waste of unnecessary energy. Complaining involves focusing on the negatives while what we need is the exact opposite: focus on the positives. The person who complains constantly wears a pair of glasses with gray lenses and perceives the world through them (some have even forgotten that colors exist).

3. Complaints generate a very negative mood. All events include positive and negative aspects, focusing on limitations, damage, inconvenience and failure only generates frustration, sadness and anger. In reality, people who complain about everything are almost always angry and feel a deep concern, because they are constantly waiting for the next calamity that the universe will offer them.


4. Complaining prevents you from finding solutions. Since these people are unable to appreciate the positive side of things, they are sunk in their grief. They fail to take advantage of situations and, even if luck knocks on their door, they fail to see and take advantage of the opportunity offered to them. Therefore, in the end, the continuing grievance becomes a self-fulfilling prophecy.

5. Complaints negatively affect interpersonal relationships. We all have our problems, but we don't usually go around banging them in everyone's face to see who's the unfortunate, in a casualty contest. Once we may like to hear a friend's complaint and we will offer our help, the second time too. But starting from the third one begins to be tired. Therefore, we prefer to avoid people who complain about everything as if they are emotional vampires. As a result, these people are left alone as a result of a mechanism they have created themselves. And when others leave them alone they will have one more reason to complain.

The trap of complacency (how to unmask and stop complaining)

Usually the person who complains about everything does not realize it (the weight of awareness is borne by those close to him who cannot even point it out to him because otherwise they would only give him another reason to complain: the deep and unbearable incomprehension of others) .

Initially, the grievance may have a reasonable cause, such as: a loss or a very bad experience. At that moment, the person's complaints found the support of those around him. This was shown to be a victim (in pain and in pain) and, probably, his mistakes were forgiven.

Thus, that person found that complaining is an effective mechanism for manipulating others. She also found that guilt fades as if by magic, so she entered the world of complacency. At this point the grievance turned into an acting, a habit of dealing with conflicts and attracting the attention of others.

So, little by little, what started with a complaint for a more than valid reason has turned into a useless perennial complaint about everything, the cold, the heat, a mosquito. But the interesting thing is that people who are really unfortunate or who have actually gone through heartbreaking experiences never complain, because this attitude has nothing to do with the calamities experienced, but with the way to deal with them.

So next time you think about complaining, ask yourself:

- What insecurity or difficulty does this complaint hide? - Do I have valid reasons to complain?

- What positive aspects will the complaint give me?

Short memory is related to the number 7 ❯

add a comment of The mania for complaining about everything