The Ivy Lee way to be more productive. 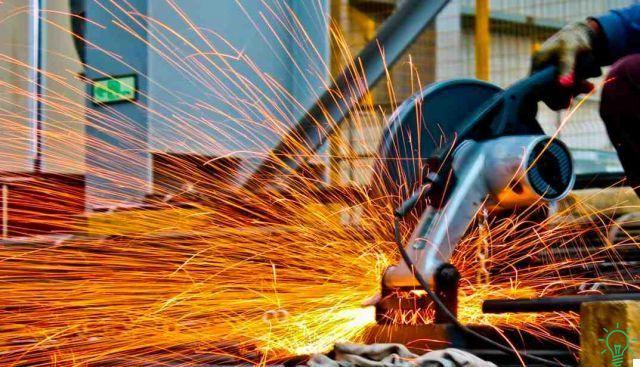 Il Ivy Lee method I'm talking about today is not only a really great system for increase productivity even the most distracted and listless, but it also has a really interesting history.

In fact, it takes us back to about 100 years ago, in the atmosphere of the New York upper class of the early 900s, among steel magnates, extravagant houses and ante litteram influencers (they were then called "public relations experts").

Charles W. Schaub, one of the protagonists, is a 50-year-old engineer who, starting as an employee in Andrew Carnegie's steelworks, has made an impressive social climb to become one of the largest US steel producers himself.

To make people forget his relatively humble origins, he built a strange and crazy house of 75 rooms in the heart of Manahttan, which becomes known among his contemporaries as the "Riverside". 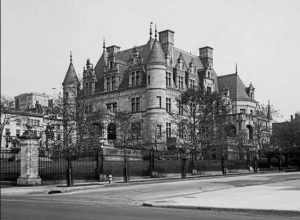 Here is a vintage photo (now the house no longer exists) of Riverside. Halfway between Dalí and the Addams Family.

But to be able to compete with people like Carnegie or Rockefeller this is not enough.

Schwab then searches continuously innovative methods (and, for the times, decidedly enlightened) to increase the performance of his factories and workers, he made experiments, hired the greatest consultants of the time.

One day in 1918 he meets in his office with Ivy Lee, an eclectic, advertising character, and founder of what we now call Public Relations (his was what is considered the first press release in history).

When the discussion falls on productivity, Ivy Lee makes Schwab a proposal:

"Leave me 15 minutes with each of your managers - he says - and I will explain my infallible method".

Schwab asks him how much money it will cost him, but Lee is so confident he replies:

“Nothing now. You decide in 3 months, based on the results, what I deserve ".

Three months later Schwab sends him a check worth about $ 500 today.

What Lee told the managers to be worth so much for just 15 minutes?

The secret method Lee revealed to Schwab's managers is made up of 5 simple steps:

Among other things, it is very similar to my technique of 7 minutes to study better (which, however, is a bit 'softer'. I am, wrongly, a bit more accommodating than Ivy was).

Soon we will see why it worked and still works, after 100 years, so well.


Follow me, because if you understand the reasons and are convinced of it, it will then be easier to start using it for real.

Why the Ivy Lee Method Works

It forces you to simplify and plan

It is clear that, being 6 actions a day, you will not be able to write things like "dominate the world", "study for the exam", "write a book".

Instead, you will be forced to break up every big goal and task into smaller and therefore feasible and measurable actions.

In the list there will be things like “study and repeat from page x to y”, “run 6 km”, “do 14 powerpoint presentation slides”, and so on.

In short, you will have to:

It gives you continuous feedback

The more time passes and the more I write about methods and systems to study and live better, the more I realize how much, in every field, to have timely and constant feedback is essential to progress.

On the other hand, if no one tells you how you are doing, how can you improve?

With Ivy Lee's system every night, every night, you are told if your predictions from the day before were accurate, and you can do a variance analysis, that is, understand if and why things went differently than expected:


In short, as in the woodcutter's story (you can find it in this long post), Ivy Lee's method is a simple way to ensure that your ax is always sharpened to perfection.

It makes you focus

One of the essential elements of the Method is that you do one thing at a time and don't move on to the next until you're done.

Now, in the age of distraction this is great. Maybe a little "hard" to accept, but fantastic.

And therefore, especially for those with concentration problems, I recommend strictly sticking to this part of the method.

Partly because the method was born for the typical 8-hour workday, which divided by 6 makes an hour and 20 minutes for each of the tasks you assign.

A "shredding" that Ivy considered reasonable. Instead:

However, the real point in the end is not the exact number of tasks you give yourself: if for example you are reasoning on a different time you can certainly increase or decrease the number.

The real point is give yourself a precise number, a concrete and realistic goal, a limit.

Often we work unfocused, without priority, making ourselves interrupted by everything and everyone, wandering and hopping. And at the end of the day we have the feeling of having worked hard and done nothing.

Choosing a small number of things takes you out of this way and mentality of doing things, forcing you to choose what is most important for you to do each day.

It makes you go to sleep happy

I know many students who, when they prepare for exams, are destroyed by anxiety, in the eternal belief that they are always behind.

As well as many professionals and employees, especially in some fields, who at the end of the day cannot really make sense of the work they have done.

It used to be easy to understand where your time was going.

It is much less so now with modern crafts, often not clearly associated with the production of something tangible.

In these cases, when in the evening you prepare the new list and tear the old one you have just finished, you are finally able to appreciate and touch the things you have done / achieved during the day.

You are measuring the steps in your path, and this makes you feel in control. Beautiful feeling, at least in some cases, and that makes you go to bed peacefully.

The Ivy Lee method and that of the toad

“Every morning, as soon as he gets up, he eats a live toad first. From that moment on, everything you do during the day will seem simple "

You may have already heard this phrase, attributed from time to time to Mark Twain, to Confucius, to a thousand others.

Recently the modern guru Brian Tracy, on the expression "Eat that frog"(Eat that toad), he built a millionaire empire there, making it the cornerstone of his anti-procrastination method.

Now, the concept itself is not bad, and maybe once I will talk about it extensively.

Here instead I want to emphasize that, although apparently similar to the method of Ivy Lee, that of the toad is actually different, and it is important to avoid confusion.

"Eat That Frog" in fact tells you to start your day by doing the most unpleasant things right away, those that cost you more effort, that you hate the most.

In this way you get rid of them and you can move on, finally with a free mind, to do the rest. It is therefore an approach emotional, more than rational.

Ivy's method, on the other hand, is not about pleasant / unpleasant at all, only about more important / less important, favoring an approach rational problems and their resolution.

Both are valid in my opinion, but should be used at different times.

Nothing prevents you from alternating them (even if in my opinion the Ivy should over time be the prevalent one), just as nothing prevents the two from coinciding: often the toad is also your number one priority.

There are many ways to plan work and increase productivity.

They often involve the use of technological apps, spreadsheets, tracking tools, and have attractive interfaces and modern design.

Some love it, but most people struggle to even understand how to use it.

So if you are a chronic procrastinator and I had to advise you where to start to improve, I would have no doubts: start with the Ivy Lee Method.

Because in more than a century it has proven its effectiveness with situations and people of all kinds, partly for the reasons seen above, and partly for a further reason that I have not yet mentioned: it is remarkably simple to use.

All it takes is a pen, a sheet of paper and 10 minutes of time each evening.

And this in my opinion is priceless.

add a comment from The Ivy Lee way to be more productive.