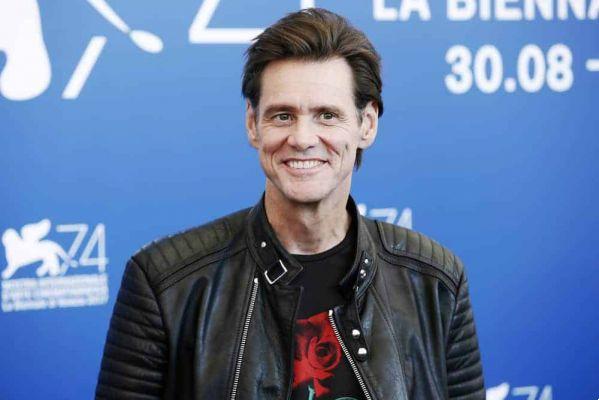 Jim Carrey is one of the best comedians in history and, for us, an example of motivation and dedication. Despite having faced difficult situations throughout his life, he knew how to achieve great success and entertained us with his funny performances. Over time, people have fallen in love with his funny personality, but if you pay attention to his life story, you can also learn a lot from him.

There are many websites dedicated to Jim Carrey's biography, so we're not going to go into detail about what Jim had to go through; our motivation is rather to motivate and inspire you by taking as an example the problems that this great comedian has had to face, misfortunes with which you can also identify.

If you were born poor it is not your fault, but if you die poor then it is only your responsibility.

Jim Carrey's interest in comedy developed in him from a very young age. Enthusiastic about comedies, Jim wrote a letter asking to be on Carol Burnett's show, but Jim found himself rejected because the show was not hiring children at the time. However, Jim continued to cultivate his passion and began performing in front of his classmates at the end of class.

Most of the time things don't go according to plan, uncertainty is always present whether you are rich or poor. Jim had dyslexia, a disorder that causes learning difficulties. Being dyslexic, he encountered great difficulties at school. However, things got worse when Jim's father lost his job and he and his family had to live for 8 months in a Volkswagen trailer.


To help his family, at the age of 14, Jim started working in a factory for 8 hours a day, after school hours.

At 15, Carrey performed his first comedy performance on stage, wearing a suit his mother had made for him. It was a complete disaster, he was even booed, but he was not deterred nonetheless. At the age of 16, he dropped out of school to focus full-time on his comedic career. He moved to Los Angeles soon after, where he parked every night on Mulholland Drive, showing his (expected) future success. One of those nights he wrote himself a $10 million check for "Acting Services Rendered" and dated it to Thanksgiving 1995. He achieved his goal shortly before then, with the release of "Dumb. & Dumber" in 1994. Jim then took the old check he had kept in his wallet all this time, now wrinkled and deteriorated, and put it in his recently deceased father's casket.

Jim, despite having lived a poor life, has become a successful comedian, a dream he has carried with him since his youth. Despite the financial crisis he did not give up, his certainties for the future were nil, but he continued to give his best. This is the passion that each of us should have in order to lead a successful life.

It is better to risk starvation than to give up. If you give up your dreams, what remains?

What can we learn from Jim Carrey?

One of the best ways to get inspired is to look at the incidents in the lives of others and analyze how they have been able to overcome their problems. Paying close attention will make you understand why people have been successful even after facing many challenges in their life. You are no different, and if you want to be successful too, you can learn from Jim and apply the same formula in your life.


1. Your disability is not a problem

Jim was dyslexic; he could have given up on his dreams if he had leaned on an apology like many other people do. But herein lies the difference between success and failure. A successful person does not think about making excuses, while a loser spends his life justifying his failures. It's up to you to put aside excuses and take risks. You are the only proponent of your life.

2. Your financial problems are not the real obstacle

Due to poor financial conditions, Jim had to live in a Volkswagen RV for 8 months and had to drop out of school to work in a warehouse in Ontario. Many of you may have financial difficulties, but this will not last long; Trust us, if you work hard and well, nothing can stop you from achieving financial stability and success. Jim, despite having faced a severe financial crisis, did not quit and now we all know the results of him.


3. Being rejected is never the end

Every successful person has been through many rejections. It is difficult to find someone who has immediately succeeded on the first try, without any failure.

Jim auditioned twice and was rejected twice on SNL (Saturday Night Live). He stopped? Obviously not, and this is the spirit that every successful person has. Rejection is a part of life, it helps winners improve, while losers make excuses. He accepts failure and moves on, keeps getting better. He focuses on getting better instead of reflecting on what he can't control. THE VICTORY WILL BE YOURS!

The Psychology of Marketing: 10 Revealing Principles of Human Behavior ❯