The inner voice crying: don't do it! 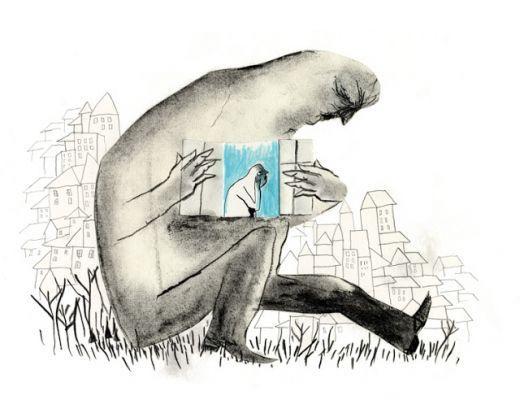 How many times have we been tempted to hire a certain
behavior that, for one reason or another, was wrong? In these
moments a voice appears inside us telling us: "Don't do it!" Very often
this voice is very effective and convinces us to assume the attitude
appropriate. But ... how does it do it? Tullet and Inzlicht, psychologists of the University of
Toronto, they proved the effectiveness of this voice
inner with an experiment in which a total of 37 students participated.
The task was to do something simple: on a screen
a symbol was shown indicating that they should press a certain
button as fast as possible while another symbol indicated that
they didn't have to press any buttons. However, since the symbol
used to indicate that they had to press the button was very common, the
people found it difficult to suppress the urge to press the button when
the opposite symbol was presented to them. It was expected that those who
they possessed greater self-control and made fewer mistakes. However, the experiment proved that people
they made more mistakes when they couldn't use theirs
inner voice. To reach this conclusion Tullet and Inzlicht repeated
the experiment but on this occasion they asked the participants to draw
free-hand circles or those who pronounced the word "computer" aloud.
Surprisingly, people who saw their inner voice impaired
having to repeat a certain word they showed a large number of errors. In this way it was possible to appreciate that our voice
interior actually exerts a regulatory power over our behavior.
Of course, to the same extent that our behavior is more
simple, this inner voice will have more and more power, but when you do
refers to a problem of a moral nature, this item probably comes
subject to a dialogue in which we self-represent all the pros and cons
of our actions. We can thus summarize that our inner voice there
it helps to keep attention focused and plays an essential role in self-regulation
of the given behavior which represents a kind of continuous feedback that
we use to control what we are doing or feeling.
Acceptance: First step towards change ❯

add a comment of The inner voice crying: don't do it!