The Infidelity Radar: A Mechanism for Detecting Betrayal 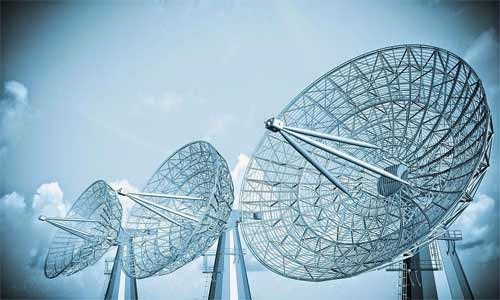 We can identify a surprising amount of information about others from the small details, even without being fully aware of it. We can tell if a person is trustworthy in seconds, and we can feel empathy for someone in minutes. This is due to an ancestral mechanism that allows us to form the "first impression". The first impression is a very useful mechanism that helps us to extricate ourselves from the social fabric even when we know very little about the person we are in front of. For this reason, faced with the lack of information, we quickly analyze the person in search of any detail that can guide us, allowing us to evaluate in a few seconds if we can get closer or if it is safer to distance ourselves.

Now, some researchers at Brigham Young University have gone further by stating that we all have an "Infidelity Radar", a capability that is not only activated within the couple relationship but allows us to detect probable signs of betrayal in other couples as well. .

A couple, a common activity and an outside observer

The researchers recruited 51 people, some of whom were in a married relationship. Each was asked to respond to an interview in which they investigated potential betrayals towards the current partner. Afterwards, each person was filmed for about five minutes while drawing. The key was that one of the people was blindfolded while the other had to guide her in the drawing. So, at the end the roles were reversed.

Later, other people were asked to watch the videos and evaluate if they believed that any of the participants showed romantic interest in the other person, if they had flirted with others, or if they had had sexual relations outside the relationship.


Curiously, many of these people were able to pinpoint who the unfaithful people were.

Not satisfied with these results, the psychologists returned to repeat the experiment, this time with 43 people. However, on this occasion the observers were asked to, in addition to identifying the infidels, also evaluate certain values ​​of each of the members of the couple, such as the level of compromise and trust.

Once again the observers got it right. So the researchers found that these people's judgments were based on the degree of trust and compromise each member of the couple exhibited. In other words, the observers came to conclusions based on the small details that appeared while the couple related and that allowed them to determine if one of the two was unfaithful.

Where is this "Infidelity Radar" born?

According to the researchers, we are all equipped with a sort of radar that allows us to detect the infidelity of others, a skill that allowed our ancestors to thrive, especially bearing in mind the negative consequences that infidelity had in the past when the resources available to them a family were very limited. This evolutionary mechanism allowed men to identify unfaithful women so as to avoid taking on the support of children who were not their own and, in the case of women, alerted them to men who could abandon them to their fate.

Currently these problems do not exist but the "Infidelity Radar" continues to activate, especially as most people try to establish a lasting relationship that transmits security. Thus, on a subconscious level, it is very useful for us to grasp the small details that indicate when a person is not trustworthy. This way we can think twice before compromising ourselves. In practice, thanks to this mechanism we can identify the signals that can destroy a couple relationship.

The secret of a happy marriage? That the man is emotionally intelligent ❯

add a comment of The Infidelity Radar: A Mechanism for Detecting Betrayal