The Great Power of Waking Up Early in the Morning 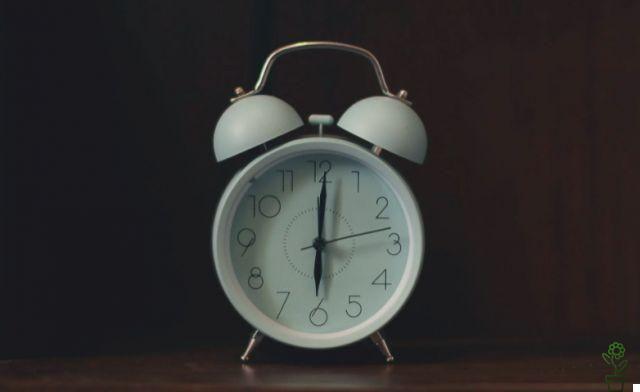 In this article I will tell you one of the great secrets of happiness: wake up early in the morning.

This is, I realize, an absolutely counter-intuitive statement.

In fact, most people, if they were to describe their ideal day, would start with a nice breakfast at 11 in the morning, perhaps served in bed.

Just as, for almost everyone, one of the fantasies related to becoming rich and free is never having to set the alarm to get up again.

However, it is a question of fantasies that confuse the classic finger with the moon it indicates.

Because, if you think about it for a moment, you realize that what we all hate about waking up in the morning, it is not the hour itself.

I am instead tiredness and haste with which we do it.

Once these two factors are removed, 5 or 11 in the morning are just two numbers on the clock face.

So, before reading on, forget all the prejudices you have about waking up early and follow me as I tell you the five reasons why getting up before dawn will make your life more intense and happy.

1. Waking up early in the morning gives you more time for yourself

At 5 in the morning the rest of the world is asleep, so you can do everything calmly, dedicating yourself completely to yourself.

Precisely for this reason, absolutely avoid both the mobile phone and the social networks and the email: they are, almost always, futile external interference, to which you will dedicate too much time already in the rest of the day.

Instead, choose a couple of areas of your life that you consider priority e focus completely on them to improve them.

For example, in this period I have established a morning routine of about an hour and a half divided into:

At 7, when my wife and son wake up, they've been on the bike for an hour and a half and I can spend some time with them without any rush or pressure.

In this way, when I start working at 8, I have already taken care of my health, of my mind, and of the people most dear to me.

2. Waking up early in the morning makes you start the day with a win

Every morning, as soon as he gets up, he eats a live toad first. From that moment on, everything you do during the day will seem simple to you. Mark Twain

When you wake up just in time to get dressed in a hurry, have a coffee and rush out of the house, you don't do it by choice, you do it because you have to.

But when you wake up two hours earlier than you could, yours is clearly a choice.


A choice that requires discipline and willpower.

I don't deny that, even after you've been doing it for a long time, even if you rested well at night, when the alarm goes off at 5:XNUMX in the morning, you can always feel a bit wanting to turn away and continue sleeping.

Getting up the same then becomes one small but significant victory staff with whom you start your day.

A victory that, day after day, increases your self-esteem and your confidence in yourself.

Trust and self-esteem, in fact, decrease every time we fail to keep our good intentions.

As they rise whenever we can keep a promise difficult made to ourselves.

In particular, if you tend to procrastinate, the habit of waking up early in the morning can completely transform your life.

Not only that and not so much because you have more time: we know well, in fact, that the typical procrastinator does not make any more time with it. It just wastes it.

But because it changes you psychologically.

It is in fact the classic toad that, swallowed early in the morning, makes the rest of the day easier for you.

And when you have to start one of the many activities that you usually postpone, it will be easier to do so because you can tell yourself "someone who chooses to get up at 5 every morning surely has enough will to get everything done!".

3. Waking up early in the morning means doing what others don't

Deciding to wake up early in the morning is a privilege for few.


Most people, in fact, even if they like the idea of ​​waking up early, even if they understand the benefits, they will still not do it.

This resistance to change, for the few who instead take action, it's a huge plus.

Whether you like it or not, in fact, you constantly find yourself competing with others.

But if you do what everyone else is doing, you will inevitably get more or less the same results as they do.

It is no coincidence that most of the athletes and top performers in every field start their day close to dawn.

It is in those hours when everyone sleeps that they accumulate the advantage that allows them to excel.

Now, it is not mandatory to have ambitious dreams.

Do you know how many people wake up at 5:30 in the morning to dedicate themselves to their personal improvement?

Maybe just 5% of the population.

Be among them, and it is mathematical that you will touch the results that the other 95% of people can only dream.

4. Waking up early in the morning brings order to your life

Remember the two enemies that make us the hateful alarm clock that I talked about at the beginning?

They are haste and fatigue.

Waking up very early in the morning will certainly eliminate the rush, which makes you much more effective.

But, if you don't also get rid of the fatigue, after a few weeks, instead of feeling better you will feel broken.

To wake up at 5 without being perpetually tired, you will be forced to change several things in your life, starting from the time you go to sleep.

For example, until a few years ago I was used to systematically going to bed after midnight, either because I went out or because I spent hours at the computer or in front of the television.

It happened to me then of not being able to fall asleep immediately, because my brain kept mulling over the intense activity of the day

Since I woke up at dawn, however, I had to start going to sleep between 10 and 11.

A change that, for me, it was the most radical and difficult part of learning how to wake up early, because I was very fond of my nocturnal activities.

What, however, at the beginning, I perceived as a sacrifice, over time it turned out to be another gift of waking up early.

In fact, I was forced to put the rest of my habits in order.

And so, now, in the evening I have a light dinner, I absolutely avoid computers and cell phones, I spend more time with my son and I no longer know what insomnia is.

Without having given up on social life or a good movie at home: I simply dedicate myself to these things on the weekend, when, if I'm late, I can wake up without problems a couple of hours later.

5. Waking up early tells you the truth about your motivation

Not everything is capable of getting you out of bed at 5:XNUMX in the morning.

Indeed, to be honest, many people dedicate their day to things that make them want to continue sleeping even when it is already 8 o'clock.

Here, then, that getting into the habit of waking up early in the morning allows you to take an examination of your life and truly understand what is essential for you.

Not sure what to do with your life? Do you have doubts about your choices? Do you find it hard to motivate yourself?

Try waking up at 5 in the morning for 3 weeks and you will see everything much more clearly.

For a few hundred thousand years man went to sleep when it got dark and woke up before dawn, because that is the natural rhythm of our biological clock.

Being able to win him back despite the constraints of today's society is by no means a sacrifice, it is a privilege who brings with him gifts:

In short, waking up early in the morning is a fundamental step to live a more essential life, to cultivate your true talents and goals, to get rid of what is futile, to feel more capable and aware.

Only 5% of people make it: be among them. A greeting. Armando.

The dark side of empathy ❯