The Good Samaritan: A Curious Experiment 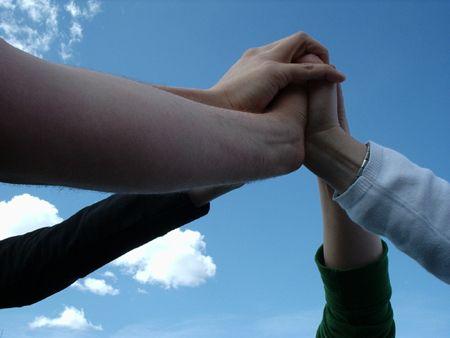 When someone behaves kindly and sympathetically especially with strangers, they are often referred to as: good samaritan. The definition comes from the ancient biblical parable told by Jesus, according to which, one day a Jew was attacked by some thieves and was abandoned wounded on the side of the road; many people, including many Jews like him, passing and seeing him remain in total indifference and abandon him to his fate, until a Samaritan, a people despised by the Jews, stops by to give him assistance, thus saving his life.

Based on the profound meaning of this story, psychologists John Darley and Daniel Batson set out to study whether and how religion has any effect on the behavior that determines the offer of help to others. Thus, 67 seminarians from Princeton Theological Seminary were interviewed as subjects of research. The researchers began the study by establishing some a priori hypotheses: 1. The fact that people think about religious matters does not affect their conduct in offering help to others any more than it does any other thought. 2. People under pressure will offer less help than those who don't feel pressured. Half of the seminarians were told the story of the Good Samaritan and asked to deliver a sermon about it. The other half of the seminarians were tasked with preparing a general sermon on job opportunities. To give a further crackdown, participants in the experiment were given different times to present their speeches, so that some were forced to hurry while others were not. Later, on the way that would take them to the building where they were supposed to make their speech, a person dropped (voluntarily) into a cliff on the side of the path, simulating an accident. The conditions were such that some young people had just enough time to get to the place where they were supposed to deliver the talk, while others had enough time to help and therefore did not feel pressured. Later, people were asked to fill out a questionnaire asking them when was the last time they saw a person in need and helped them. When the seminarians did not recognize that they had recently met a person asking for help or if they claimed not to have helped them, at this point, a further interview was conducted to analyze the causes of this behavior. The results were very interesting: the seminarians who were preparing their sermon about helping others did not stop to help the person in need any more than those seminarians who had prepared the sermon on job opportunities. In any case, the determining factor in offering help to the victim was the time available: 63% of young people who were not under pressure for time limits helped the person in difficulty, this number was reduced to 45% when they had a some haste of an intermediate type, while those who felt pressured in the time limit generally did not stop to help the person in need. What do these results tell us? The interpretations can be very different, one of these, of a pessimistic nature, makes us think that people are quite hypocritical; how is it possible to speak of goodness and solidarity with one's neighbor in front of a hundred people if we ourselves do not put these values ​​into practice? In fact, the same researchers made an interesting reflection: “ethics turns into a luxury when the pace of the daily activities of our life increases”. However, the following interviews offered some interesting results: Among the young people who did not help the unfortunate who fell into the ravine, some recognized that they had consciously made the decision not to stop and offer their help. That is to say, they realized the ethical problem. However, a good majority recognized that they saw that there was a person in trouble, but this idea seems not to have been "worked out" in depth by the time the facts unfolded. In this way, there was no empathic response to a person's difficulty and young people did not even remotely perceive this scene as an ethical dilemma. The explanations for these behaviors can be various: we know that we all have a hierarchy of values ​​and needs, but this hierarchy is not immutable and often, depending on the situation in which we are involved and the needs we experience, these values ​​can change their order. and level by making us opt for one behavior rather than another. This could be a possible explanation as to why the young people, even if they realized that there was a person in difficulty, did not stop to help her. Another hypothesis would refer to our limited cognitive capacity, which would mean that when we find ourselves too involved in a certain activity, even if we can perceive things that are happening around us, we are not 100% aware of them and thus not them. we process in all the various levels of detail. Perhaps then, the young people realized the accident but did not perceive the feeling that they themselves could offer their help.

Emotional Behavior: The Inner Compass that Guides Our Decisions ❯

add a comment of The Good Samaritan: A Curious Experiment