The extraordinary properties of tomatoes 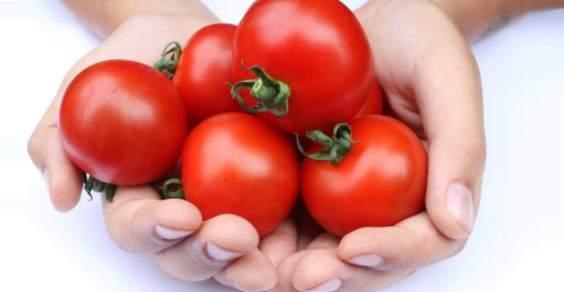 I tomatoes they are one of the most typical foods of the Mediterranean diet.

Raw or cooked, used in a thousand recipes, they are almost never lacking on our tables.

Summer is the best time to enjoy them raw while, during the colder months, we can take advantage of the benefits of tomato preserves. Cooking, in fact, enhances some of the beneficial properties of tomatoes.

Tomatoes, thanks to their qualities, they bring numerous benefits to the body. Paraphrasing an old proverb we could say that "a tomato a day keeps the doctor away".

The antioxidant properties of tomato

The tomato contains lycopene, a powerful antioxidant which are attributed protective properties of the organism against diseases related to cellular aging. Lycopene belongs to the group of carotenoids and it is available mainly in the outermost part of the tomato.

Unlike other antioxidant molecules, which are negatively affected by the heat treatment of food, cooking improves the bioavailability of lycopene and, consequently, cooked tomato is considered to be a major source of lycopene compared to the raw one.

In addition to lycopene, tomato contains other antioxidants, including vitamin C, vitamin E and flavonoids.

The tomato for cardiovascular health

Thanks to its composition, the tomato is considered an excellent food for cardiovascular health. In particular, the following qualities are attributed to tomatoes:

> Reduction of LDL oxidation. The LDL is the cholesterol so-called "bad" and its oxidation is a particularly dangerous process as it leads to the formation of atherosclerotic plaques.

> Blood pressure control. Frequent consumption of tomatoes is believed to promote a mild reduction in systolic and systolic blood pressure.

> He tomato is very rich in water and so it is able to stimulate diuresis, especially if eaten raw and fresh, naturally without adding salt which, on the contrary, promotes water retention. It also has detoxifying properties, especially thanks to the presence of sulfur.

> It has very few calories. 100 grams of tomatoes contain less than 20 calories.

> Tomatoes stimulate the production of carnitine, an amino acid that is used by the body for turning fat into energy.

The properties of tomatoes for the gastrointestinal system

They are rich in fiber, in particular cellulose and hemicellulose, mainly present in the peel; therefore they stimulate intestinal motility.

The contraindications of tomatoes

Like all foods, however, even tomatoes have some contraindications.

They are rich in solanine, a substance which, if taken in large quantities, is harmful to the body. It should be known, however, that the solanine content is inversely proportional to the degree of ripeness. Naturally ripened seasonal tomatoes contain less than off-season tomatoes.

Furthermore, tomatoes are rich in histamine, a substance that can cause allergic or pseudo-allergic reactions, even serious ones, in predisposed subjects.

Tomatoes can cause heartburn and are contraindicated in cases of gastric irritation, gastroesophageal reflux and other disorders of the gastrointestinal system in which the intake of acidic foods is not recommended.

Read also Anti-cancer foods, what they are and when to take them >>

add a comment of The extraordinary properties of tomatoes