The emotional block: A defense mechanism that can cause us problems 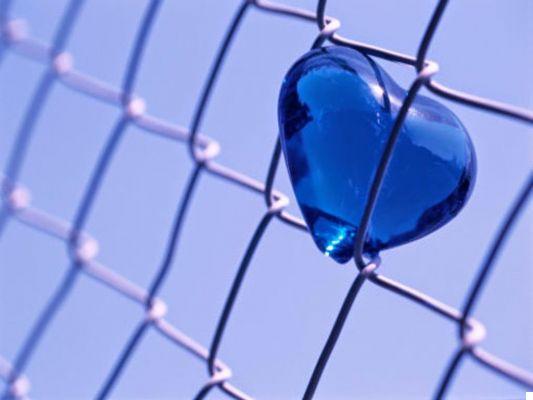 Have you ever felt so nervous at times that you can't even move? You were supposed to deliver an important speech but the words didn't come out of your mouth? Have you ever experienced such a shocking situation that you feel completely paralyzed? Perhaps you have received bad news that you have not been able to accept until after many days? Have you failed to recover from a romantic breakup and keep running away if anyone approaches? These are all examples of emotional blocking.

What is the emotional block?

When a situation affects us very emotionally, our mind sets in motion a defense mechanism that allows us to survive the problem and this is what is known as an emotional block. In this way we cushion the impact of the situation and protect ourselves from pain. Later, when we are able to internalize what happened, we will accept the event and can move on. From this point of view, the emotional block is a good thing because it protects us from a situation that we consider potentially dangerous. It prevents us from moving forward and hurting ourselves or even being victims of particularly intense stress that can generate trauma. The classic example of a defensive emotional block is when a loved one suddenly dies or when a romantic relationship ends. When the person receives the news he does not accept it but continues with his normal life, because his mind has automatically blocked the information.In the meantime, his subconscious is processing, the person goes through a period of emotional adjustment and, only when you are ready, the real duel begins. In this case, the emotional block is a tool that helps to adapt to the new reality, the person puts aside his feelings to meet them later, when he will be able to deal with them. in the face of negative situations, but they are also a response to news so good that it seems incredible. In these cases, the person needs a period of time to assimilate the idea and in the meantime, it is as if he has not perceived it, he may feel paralyzed or continue with his normal life, as if nothing has happened. imagine, some people are more resilient than others, which means they have more psychological resources available to deal with these situations. Therefore, a fact that in some can generate an emotional block, in others can be assumed more naturally since it does not generate the same impact.

When the emotional block becomes a barrier

The person is not always able to overcome the emotional block, at times this becomes an obstacle that prevents him from continuing on the path he had traced; it becomes a limiting belief and is expressed through pain, guilt, anger, fear and sadness. The classic example is that of a person who has been abandoned by his partner and by not accepting the breakup prevents himself from rebuilding his love life.Why does this happen? In many cases the person prefers to remain in his or her comfort zone; for example, she chooses to remain anchored to the past, even when it is painful, because she is afraid to face the future. However, the truth is that we cannot grow until we face emotional blocks, because they act as barriers that limit us emotionally and cognitively: resentments, unhealed wounds, things never said, and, in general, all of that. that is stored and somehow represents an emotional load, it hurts us a lot. Sometimes this damage results in health problems, but other times it expresses itself in problems relating to others or through frustration and lack of self-esteem.Think of emotional blockage as a heavy burden to carry uphill that prevents you from walk freely. Sometimes, this boulder forces you to stop along the way, to reflect and recharge your batteries. However, there comes a time when if you want to progress you need to get rid of the heavy stone.It is important to understand that momentarily disconnecting from the problem is useful to protect us, but if within a reasonable time we do not adapt, we end up dying inside.
Can Botox Reduce Emotional Experience? ❯

add a comment of The emotional block: A defense mechanism that can cause us problems