The electronic cigarette to quit smoking: does it work? 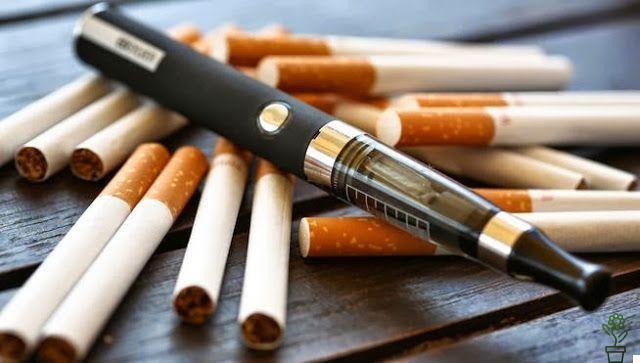 E-cigarettes have gained a lot of ground in recent years. In fact, in 2012 alone the sales of electronic cigarettes in Europe exceeded 500 million euros and by the end of 2013 a total turnover of about 2 billion dollars worldwide was calculated in this market. However, the truth is that there is still a lot of ignorance regarding this product. Can it harm your health? Are e-cigarettes really effective for quitting smoking? What's in e-cigarettes?

First, it should be clarified that there are different brands of e-cigarettes and each of them contains various substances that are difficult to generalize when it comes to ingredients. But as a general rule, e-cigarettes contain distilled water, nicotine, propylene glycol, vegetable glycerin, flavoring agents, nitrosamines and other products that have been found to be toxic to the body.

In fact, the scientific community is quite concerned about the increase in their use as some e-cigarettes release significant amounts of nitrosamines, a carcinogenic compound, which can also be found in traditional cigarette smoke. Some brands may also release diethylene glycol, a dangerous substance that is rapidly absorbed through the respiratory and digestive tracts.

Since e-cigarettes are a relatively recent invention, there are still not many studies on the long-term effects, but recently researchers at the Samaritan Medical Center in Portland have found a case of lipoid pneumonia, a rare disease that involves the accumulation of lipids in the pulmonary alveoli as a consequence of the continued use of electronic cigarettes.

Do e-cigarettes help you quit smoking?

After six months it was noted that e-cigarettes were slightly more effective than the patches, but the effectiveness was not very high: 7,3% versus 5,8% success using nicotine patches and 4,1 % with placebo cigarettes. What conclusions can we draw?

Roughly speaking, we could say that e-cigarettes are less harmful than traditional cigarettes because they contain fewer chemicals, but that doesn't mean they aren't harmful at all, much less that we should replace one unhealthy habit with another.

It is true that this product helps reduce tobacco consumption, but this does not mean that electronic cigarettes are the best strategy to quit smoking, also because the solution is not to replace one addiction with another, but to eliminate this habit forever. In this regard, I believe that the best strategy is to undergo psychological treatment and resort to using nicotine patches or e-cigarettes only as an extra help.

Loneliness: When you feel invisible ❯

add a comment of The electronic cigarette to quit smoking: does it work?