The effect of a teddy bear 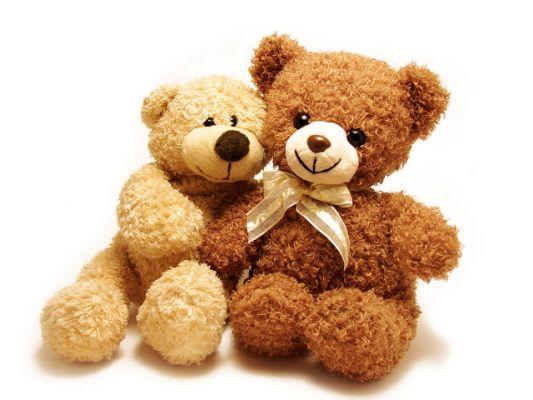 There are normally so many small elements that
determine our emotions and our behavior in everyday life that often
they escape our perception. For example, furniture with rounded shapes there
they convey a feeling of comfort and confidence, a cold room
transmits indifference and loneliness while passing the threshold of a door promotes
forgetfulness. So… what is the effect of stroking a bear of
stuffed toy?

Some researchers from the National University of
Singapore asked themselves the same question and to give you an answer they came up with it
a curious experiment. First, they created a strong feeling of
social exclusion through bogus personality questionnaires that included
statement like, “You're the type of
person who will arrive alone at the end of life ". In another group they are
lay the groundwork for creating an uncomfortable situation with phrases such as: "I hate to have to tell you this, but no one has
chosen to be part of his group. " A third group does not
said no priming. Later, each person was told that he had to evaluate
one product: a teddy bear 80cm long. While to a group
he was allowed to touch the bear, others had to evaluate him from a distance. The researchers were interested in knowing how the fact
to have generated the feeling of marginalization would have interfered with
people's willingness to participate in future experiments as well as
share money with others through an economic game. There it is
so you wondered if touching a teddy bear could affect these
decisions. Surprisingly, the people who had experienced it
the feeling of social exclusion and that they had touched the bear's
plush, tended to show themselves more cooperative and eager to participate in
future experiments and sharing money with others. Also, they reported more
positive emotions. Conversely, the teddy bear had no effect
on people who did not get primed. Why it happens
this? Researchers believe part of the explanation
resides in the connections we establish between emotional well-being, warmth
physical and surfaces that are soft to the touch. In the past it had already been
found that people who felt lonely and socially marginalized
they felt that a room was colder and tended to do a more often
hot bath. They are also known to interact with a pet
greatly improves mood and acts as an antidepressant. In other words,
touching a teddy bear (when we feel alone) activates connections
related to well-being and safety. Another possible explanation is that the participants perceive
the bear as if it had human characteristics. That is, even if
knowingly we know that it is a puppet, unconsciously it
we attribute some anthropomorphic peculiarities. It has long been known that the
human touch triggers the production of oxytocin, a hormone involved in
feeling of trust and feelings that promote socialization. Obviously all these connections would be a lot
stronger in people who feel lonely and depressed, given their defenses
psychological are lower and would thus be more inclined to establish any
kind of connection that helped them feel better. Or at least, that's the explanation
that researchers offer. Personally I think you should add too
a connection with our childhood experiences. We almost always associate a
teddy bear to the feeling of security and experiences of ours
childhood that we remember as positive. Perhaps it is not accidental that children
prefer teddy bears to sleep, probably that's how they feel
safer and less alone.
Empathy can accelerate recovery from illness ❯

add a comment of The effect of a teddy bear